Type 1 diabetes, a chronic autoimmune disease that requires constant 24/7 treatment, affects people all across the world (even star Brec Bassinger, above). Unfortunately, the condition remains poorly understood by many, and there is no cure, though it is possible to have a full, complete life while managing it.

And I am one of the 1.25 million Americans coping with this disease. I was diagnosed in May of 2009, when I was a scared 4th grader, unsure how to comprehend massive amounts of new information about a completely unfamiliar condition. Ever since, I've felt judged for it because of the dozens of myths surrounding it. Here are 10 of the most common ones, and what you can do to stop them from spreading. 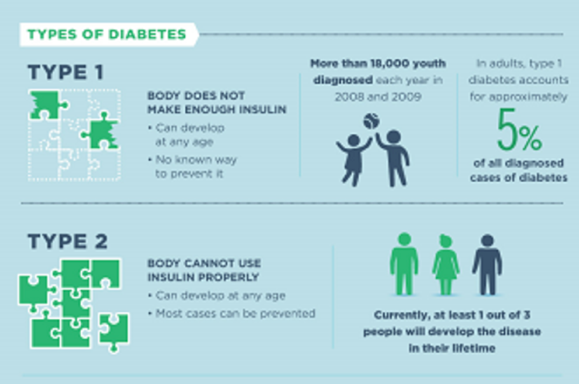 Myth #1: Diabetes is diabetes is diabetes.
Type 1 diabetes is often misunderstood because the word "diabetes" is usually associated with type 2 diabetes (an entirely separate, much more common disease). In type 1, the body's immune system suddenly mistakes healthy cells for dangerous ones and destroys them. The destroyed cells were designed to produce insulin, a hormone that delivers nutrients and energy to different parts of the body. Without any insulin-producing cells, the body begins to waste away, because it isn't getting the glucose it needs.

In type 2 diabetes, on the other hand, a person's body becomes resistant to insulin over time and usually occurs in people older than 40, overweight or have a family history. Because of how different they are, there is currently a movement underway to give both conditions new names. The Juvenile Diabetes Research Foundation (JDRF) found that half (!!!) of people don't know that there are even two different types.

Myth #2: Type 1 diabetes is preventable.
As great as it would be if diabetes could be stopped in its tracks, this is unfortunately not true. I didn't understand this when I was diagnosed, and thought that *I* had done something and that it was my fault. It's important to understand that nothing can be done to prevent a person from getting it. If a friend is feeling guilty about her diagnosis, make sure she realizes that there is no blame to be had, and there's nothing she could have done to keep it from happening.

Myth #3: People with type 1 diabetes must maintain a *very* strict diet.
In middle school, I once wasn't invited to a friend's birthday party because she "didn't think I'd be able to eat the cake." That couldn't have been more false. If someone develops type 1 diabetes, they have to learn to do the job of the insulin-producing cells that are not functioning. This means they have to inject insulin artificially, either through syringes, an insulin pen or a pump that they attach to their body. Though they do have to figure out how much insulin to give themselves based on the amount of food on their plate, they can still eat anything they did before. Contrary to popular belief, they can take as many slices of birthday cake as they want.

Myth #4: Only overweight, "lazy" people get type 1 diabetes.
Type 1 diabetes can happen to anyone, whether they run marathons or prefer to camp out on the couch. There is absolutely no correlation between a person's weight, diet or exercise regimen and their type 1 diabetes. The condition is present all over the world.

Myth #5: Type 1 diabetes is contagious.
Though the idea of a virus might bring to mind the awful stomach flu epidemic that tears through your school every year, don't worry: type 1 diabetes is *not* contagious. You're not going to get it just by spending time with someone who has it. If a friend tells you that she has type 1 diabetes, reserve judgement and be kind. Remember that she did nothing to cause her disease. Given the ignorance around it, she must really trust you to be so open with you. Thank her for letting you know.

Myth #6: Insulin is the cure for type 1 diabetes.
Unfortunately, there is no cure yet. People with type 1 diabetes must meticulously calculate how much insulin they need at any given minute, and monitor the impact on their blood sugar.

Myth #8: Type 1 diabetes is easy to manage.
Ask anyone who has it: type 1 diabetes is a complicated, full-time job, and a never-ending challenge. Even with constant attention, a person's blood sugar can change for no discernable reason, especially during puberty. If you or your friend is struggling to keep blood sugar steady, know that it's impossible to perfect, and no one should beat herself up for going through difficult phases.

Myth #9: Type 1 diabetes ruins your life.
It's possible to live a long and fulfilling life with type 1 diabetes. Kids with the condition play sports, act in school musicals, run for student government, ride bikes, swim at the pool, learn instruments, go rock-climbing, hang out with friends, eat ice cream and do anything their peers can do.

Myth #10: Nobody cares if I joke about diabetes.
Jokes about diseases are hurtful. I've heard friends tell each other, "Wow, you're eating so much, aren't you afraid you'll get diabetes?" more often than I can count. If you witness this, correct the person, and explain to them that the onset of type 1 diabetes has nothing to do with diet or lifestyle.

Do you know anyone with type 1 diabetes? Let us know in the comments!

Photo Credit: All Photos From JDRF 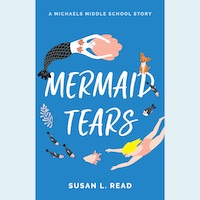