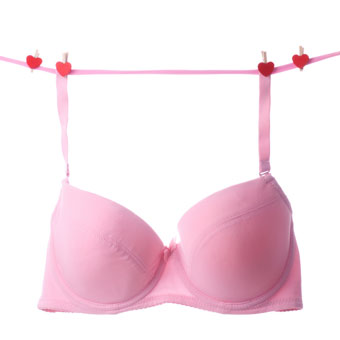 My mom won't let me buy an underwire bra because she says they give you breast cancer. Is this true? I’m really sick of wearing wireless bras…

The notion that underwire bras give you breast cancer popped up in the ‘90s, and thankfully, it’s just a myth. The idea was that underwire trapped toxins in the breast tissue, which could cause cancer, according to Scientific American.

Thankfully, that theory has never been supported by any research. Doctors point to the fact that it’s easier to demonize innocent things like bras instead of focusing on the more likely factors, such as hormones.

POSTED IN breasts, bras, Your Bod