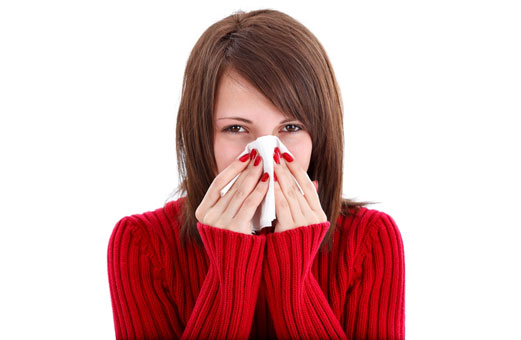 I get frequent nosebleeds. Many of my family members have deviated septums, and I've also heard allergies might be a cause. My doctor says it’s common for kids to get them, but I've pretty much worried myself sick about it. Is there anything really wrong?
Your doc nose, uh, knows: Kids do get nosebleeds. A lot. “I see a new case of it nearly every week,” says Dr. David Mandell, pediatric otolaryngology, Children's Hospital, Pittsburgh. “Probably well over 90 percent of nosebleeds in children and teens come from the anterior nasal septum, a flat piece of cartilage dividing the right and left sides of the nasal cavity—like a wall between two rooms. When the septum gets too dry, the blood vessels tend to crack and bleed—just like dry skin. As small as those vessels may look, it can be very impressive how much blood comes out.” Dr. Mandell recommends using nasal saline at least twice a day.
If you’re still having nosebleeds after a month of this, get your pediatrician to refer you to a an otolaryngologist. That’s an ear/nose/throat specialist, who can pinpoint the reason for your frequent nosebleeds. And, yes, it might be allergies—but other possible causes are too numerous to list here. Oh, and no pickin’! “Nose picking makes the bleeding worse,” says Dr. Mandell.