Zendaya reminds us why body shaming is *not* cool 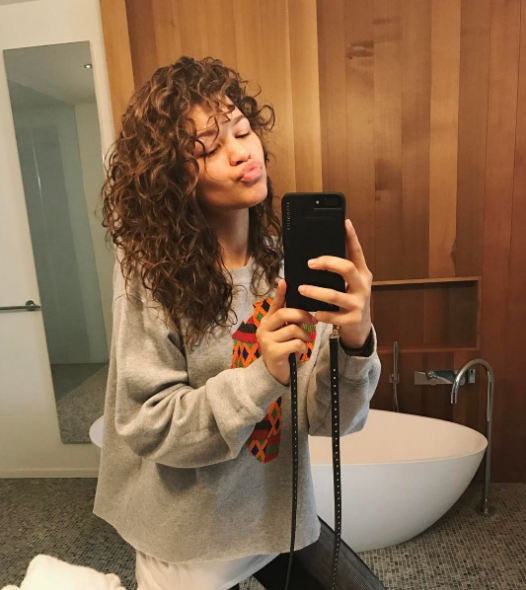 Even in a world where the curvy girl is being celebrated more than ever (thanks Kim, Khloe, and Demi!), body shaming is still a prevalent issue. Women and men are facing ridicule from their peers and family regarding their weight. This is *so* not okay. It’s essential to remember that body shaming can go both ways. Mocking someone for being overweight or skinny are both considered to be body shaming.

Recently, Zendaya spotted one such issue on social media and came to the rescue! A Twitter user posted a rude tweet body shaming a young woman for only posting the top half of her body, implying that she was fat. And Zendaya did *not* approve.

The K.C. Undercover actress sent out a tweet in the girl’s defense and insisted she “slay on queen.” The Twitter user who was being attacked was discovered to be an aspiring plus size model. The best part? Zendaya offered her a modeling job for Daya by Zendaya, a fashion line curated by the Disney actress.

This is super important. Not only is body shaming obviously wrong, but it's important to stick up for those who are being bullied. Instead of sitting in the sidelines and watching, as someone’s confidence was broken, Zendaya made this girl’s dreams come true. Calling out body shaming helps to stop the ridicule and prevents unhealthy body image and eating disorders. And being body positive and celebrating everyone’s body will accomplish so much more than dragging someone else down. No matter your shape or size, you are beautiful!

**If you or anyone you know is being body shamed, has an eating disorder, or simply needs to talk to someone, please visit the National Association of Anorexia Nervosa and Associated Disorders. You are not alone.

What is your favorite thing about yourself? Let us know in the comments!