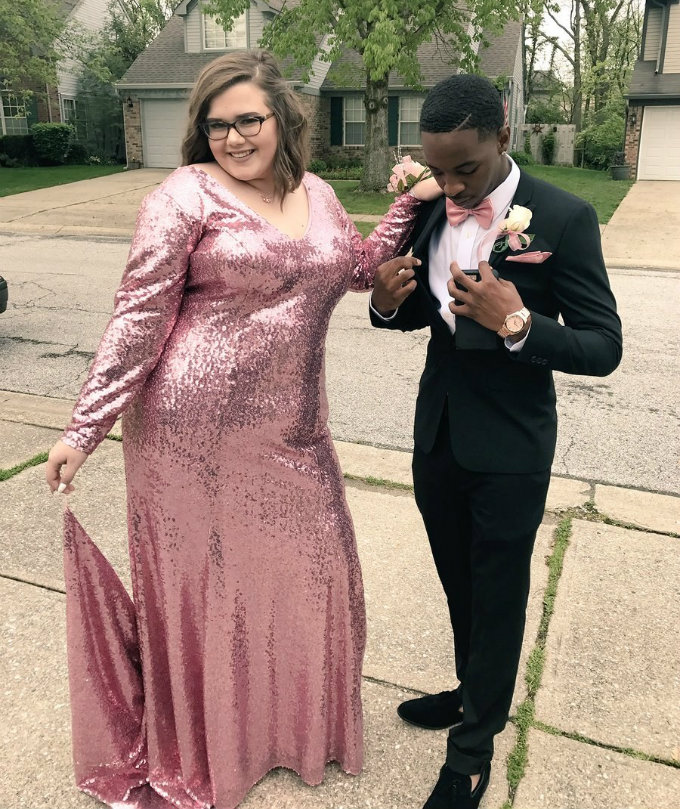 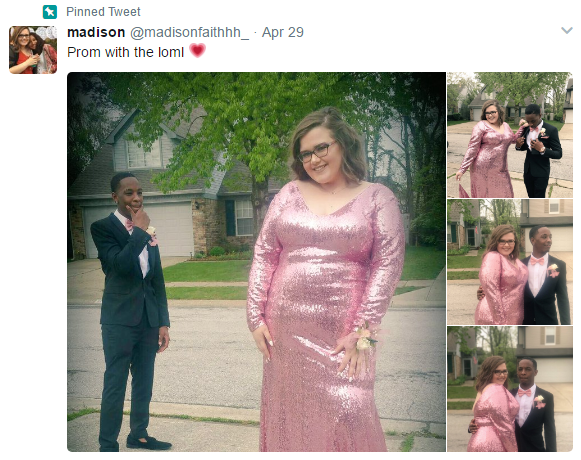 After the dance, Madison noticed a cruel comment from a complete stranger. "Wow he loves you even tho you're fat," the troll wrote, ":( mbn" [must be nice].

Rather than let a random bully ruin her mood, Madison responded with a tweet of her own, and it was on point: "Don't see how people can be rude to people they don't even know," she posted. Comments flooded in, telling Madison she was beautiful, and her original photos have now been favorited around 238,000 times!

Tre's mom chimed in too, letting her son's girlfriend know that the couple has her unwavering support:  "You and my son looked amazing

don't listen to any negativity baby, everyone isn't as happy as you are," she wrote.

Before her prom night, Madison's Twitter account had around 600 followers. Ever since she had the courage to shut down the troll and share her beautiful photos with Tre, her follower count has skyrocketed to around 21,700! Madison and Tre's story has gone viral, and is inspiring others to assert that weight has nothing to do with someone's capacity to be loved; one Twitter user posted, "Your prom post has given me the happiness I need to go to prom next year in whatever dress I want despite my body type." Another told her: "You're an inspiration to people decades older."

Thousands have reached out to Madison through social media to tell her how gorgeous and inspiring she is. To the scores of people sending her encouraging messages, she wrote: "Happiness and love are overflowing my life right now and I could not be more thankful to everyone." She views this newfound fame as an opportunity to spread positivity, telling her followers: "Every interaction you have with others should be done with love." Meanwhile, Tre posted on his account:

"Never do something for personal glory. Then you're doing it for the wrong reasons. We all have a purpose, let's do it with determination 💯"

What do you think about what happened to Madison? Share in the comments!