Skinny shaming is a thing...and it's *not* okay 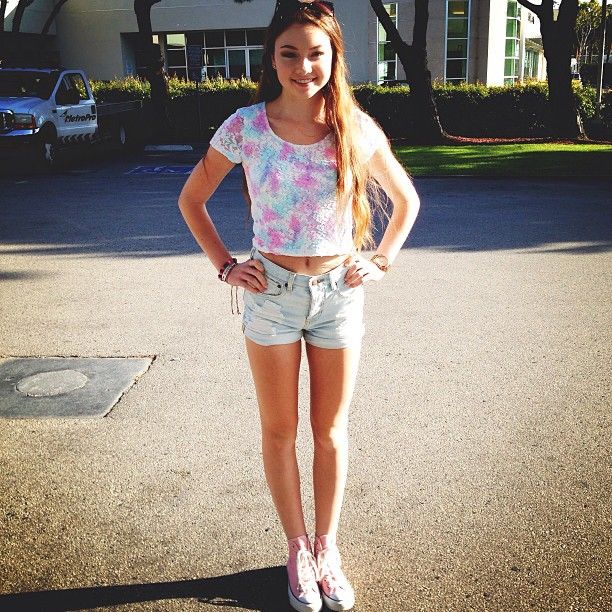 Just a few years ago, being extremely thin (sometimes to the point of unhealthiness) was the popular body type. Most girls wanted to have a slim “model body” and because of this, bigger girls were—and still are—fat-shamed. Today, with stars like Kim Kardashian and Instagram models sporting curvy hourglass figures, being “thick” appears to be the ideal body type and anybody outside of that may be made to feel inadequate.

But the way we see it, all body types should be celebrated and looked at as beautiful. And while it's great that previously outcast shapes are being lifted up, it is not okay to put someone else down to uplift others. Skinny-shaming is similar to fat-shaming, in terms of someone openly scrutinizing a thin girls body and making her feel that there is something wrong with her.

For many slim girls, it is difficult to gain weight. A skinny-shamer would assume a thin girl to be sick or have an eating disorder. They might tell the girl she needs to eat or that she looks anorexic. These words are hurtful and can alter how someone feels about themselves when they’re hearing these things over and over again.

Even the word skinny itself has become attached to a negative connotation. Many thin girls do not like to be told they're skinny because people have used it to put them down and make them feel like being skinny is bad.

YouTube star, Meredith Foster, seems to be a prime target for skinny-shaming. Meredith has hundreds of videos and if you watch them you can see that she is naturally thin and also enjoys working out and eating healthy foods. Sounds great, right?

Well, instead of people encouraging her health journey, her comment sections on Instagram and YouTube are riddled with debates about whether or not she is anorexic. One commenter even went as far as to say the Meredith was “unhealthy and too skinny.” Imagine posting a picture, feeling good about yourself and receiving hundreds of comments like that.

Accusing someone of having an eating disorder is very serious and shouldn't be taken lightly. If you think someone you care about has an eating disorder, there are ways to gently approach the topic and get help for them. Saying someone looks or is anorexic just because they're thinner than what you think is healthy is just plain mean and not helpful at all.

It’s simply not okay to point out what you don’t like or think is wrong with someone else. Those mean comments can have lasting negative effects on a person’s self-esteem so the next time you’re joking with your thin friend about how she needs to eat a cheeseburger, take a second to think about how that will make her feel about her body. It might not be as funny as you think.

Have you ever been skinny-shamed? Are you guilty of skinny-shaming? Tell us below!