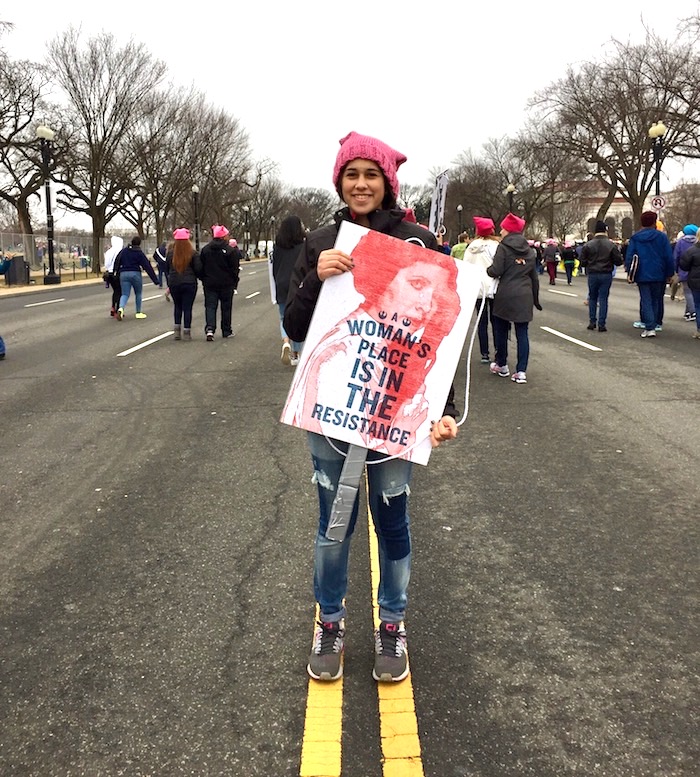 On Saturday, Jan. 21, I woke up at 4:15 in the morning. I wasn't hitting up a spin class or on my way to the airport. My destination was much more important: the Women’s March on Washington. Groggy and half-awake, my friends, family and I made our way to D.C., not knowing that what we were about to experience what would be a completely unforgettable and historical day.

After a hectic journey from Baltimore, Md to D.C., once we finally made our way into the streets, I was overwhelmed by the sight before me. It was an endless sea of pink hats, uplifting signs and people of all different races, ethnicities, genders, sexualities and abilities coming together for one common goal: equal rights. The energy was invigorating. People were chanting, singing and pumping their homemade signs into the air. The signs themselves were works of art. A few read, "We cannot succeed when half of us are held back," "The future is female," and "A woman's place is in the House and the Senate."

For the next few hours we listened to empowering speeches from women and men from all different walks of life. Renowned feminist Gloria Steinem spoke about staying united in the years to come. Actress Ashley Judd performed a slam poem written by a Tennessee teen about being a "nasty woman" in the best sense of the phrase.

The speech that brought tears to everyone’s eyes, though, was from 6-year-old immigrant rights activist Sophie Cruz. In front of hundreds of thousands of people, this inspiring little girl went on stage to tell the crowd, "Let’s keep together and fight for the rights." Then, she delivered her entire speech again in Spanish. Talk about inclusive.

After the speeches, we marched. There were so many of us that at first we were unsure of whether or not we'd even be able to actually do so—but march we did. We marched through the streets and all the way to the White House. Marchers spread throughout the city, boldly making their voices heard. I was proud to be one of them.

This was the first event of its kind I had ever been a part of and, for the first time, I felt like I was taking an active role in shaping history and affecting the future. Women are subjected to countless double standards—socially, economically and politically—and, while I have been fortunate enough to be shielded from many of them, I have witnessed their adverse effects.

That's why what I most appreciated about the march was its intersectional message, meaning that it did not focus on problems that affect *only* Causcaian women, but women of color, too. Presenters spoke about the patriarchy, but even more importantly they talked about racial divides (meaning that those who differ in skin color can often have differing points of view), as well as the implicit oppression that minorities and people of color face (those who are of color often get put down based upon what they look like, how they speak, how they dress, etc.). I marched *because* I have been so fortunate thus far in my life. I marched for and with my sisters who do not have the same privileges as me.

Although I know that marching itself doesn't solve our country’s problems, I believe that it sent a message to the new administration and it helped bring people together. And that's what democracy is all about.

For more inspiration and girl power, click through our photo coverage of the march below. All photos by Jena Cumbo. 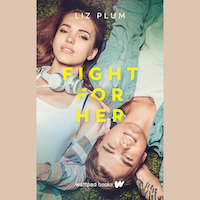 Love can leave you down for the count. Enter to win here!