How to instantly become more confident with just one pose

Does public speaking make you feel like fainting? Do you get a quesy feeling in your stomach before every game or meet? Do you just wish there was a simple way to become more confident? Well, lucky for you, there is!

Ivy League trained psychologist and social worker Dr. Amy Cuddy researched the pyschological benefits behind the power pose and spilled *all* the tea on how to instantly become confident in her Ted Talk.

What is the power pose?

When we're apprehensive about something, our bodies naturally tend to hunch over and shrink into a ball. It's a normal way of self-soothing.

The power pose, on the other hand, is commonly represented by the classic Wonder Woman pose. By expanding your chest and shoulders, lifting your chin and placing your hands on hips, you're taking on Dr. Cuddy's version of a high power pose, which is proven to increase your confidence. 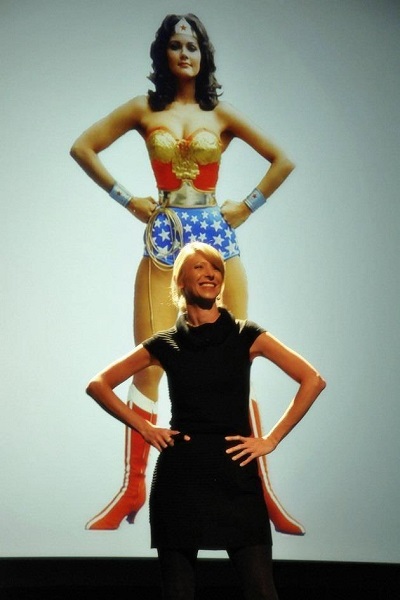 At first, power posing may feel foolish and useless, but Dr. Cuddy believes in the phrase "fake it til you become it."

How can I use the power pose in my life?

Anytime you need an extra jolt of self-assurance!

For example, say you're sitting in math class waiting for your teacher to pass out the test. Yes, *the* test. The hardest test you and your classmates will take all year. Instead of looking at the ground with your shoulders shrugged in, expand your chest, lift up your chin and look around the classroom. Sitting like this for a couple minutes will trick your brain into feeling more confident about your upcoming test.

For your next cross country race (or any other sport's game), power pose on the starting line before the final gun goes off. Not only will you and your teammates feel 10x better, but your competitors will be *totally* intimidated.

Practice your power pose and show us on Insta @girlslifemag!

POSTED IN LIFE, All About You, Advice