The 11 things your parents say that drive you absolutely crazy 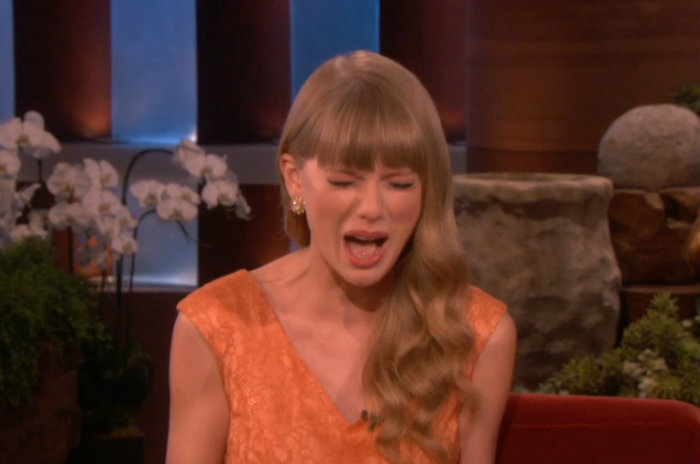 Cue all the eyerolls. There’s a few universal phrases that parents use when trying to talk to their kids that we *know* make you insane because we've all been there. Some of them make sense, some of them are just annoying, others are inarguable and others are just downright ridiculous. Here’s 11 of those #awful sayings that you never ever want to hear again.

“Is that what you’re wearing?”
Of course this is asked in that condescending voice and raised eyebrow that your mom is an expert at. It makes you feel self-conscious and want to roll your eyes at the same time. Why else would you have put it on if you weren’t going to wear it? You could ask that but we both know it is her way of telling you to change without, you know, telling you to .

“There are starving kids in Africa.”
This is maddening because it’s true. There's no aruging with them on this one.

“Stop taking pictures of yourself.”
This statement combined with “kids are so vain these days” muttered under their breath is especially exasperating. They don’t understand how important selfies are to you and that Insta, Twitter and Facebook are a huge part of your life.

“Money doesn’t grow on trees.”
Not only is that the most heartbreaking thing to hear when you really want that $60 Free People sweater, but it also has you imagining what a money tree would look like and how fabulously awesome that would be.

“Let me think about it.”
This is pretty much a super nice way of saying no. You know they aren’t going to think about it. They’ve 100 percent made their decision but they don’t want to argue. The most annoying thing is that even though you know it’s going to be a no, it still gives you hope.

“Why can’t you be more like *insert friend's name here*?”
Why don’t you just adopt her if you want me to be like her so badly? Seriously, your mom doesn’t know your friends like you do...she only sees them when they're on their best behavior.

“I'll treat you like an adult when you start acting like one.”
No they won’t because they say that all the time and no matter how mature you try to act, your parents never see you like an adult.

“Make your bed.”
Why, though? You are just going to get back into it in 12 hours, possibly (hopefully) less.

“As long as you live under our roof, you’ll do as we say.”
Commence plan to camp in the backyard! Then you can do what you want. But wait! Your parents bought the tent you are sleeping in, so technically it’s their roof too *sigh*.

“You will always be our baby.”
You want your parents to see you as an equal though. If they did, everything would be *so* much easier! It’s even worse when they use it as reasoning not to let you go do something you are totally old enough to do. (But honestly, it’s not the worst when paired with a hug).

What’s the most annoying thing your parents say? Let us know in the comments below!

POSTED IN LIFE, Family, problems with my parents