How to win over your boyfriend's sister 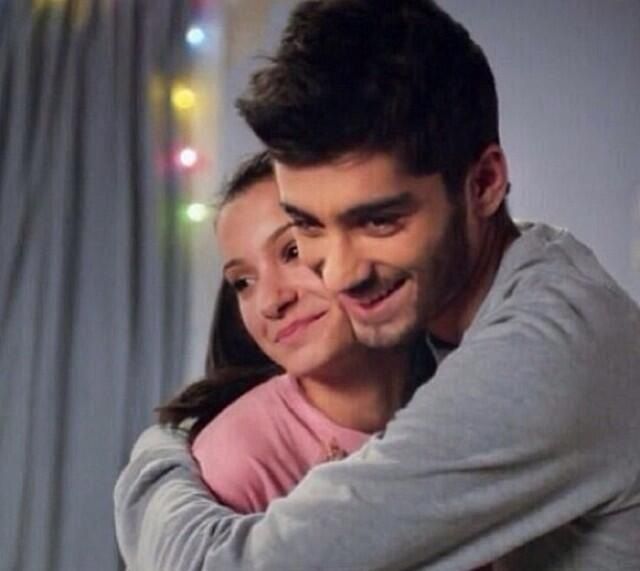 It’s totally normal to want to feel accepted by your boyfriend’s fam. One particularly important relationship you will want to establish is the one with his sister. If you’re unsure she’s taking a liking to you, know that you’re not alone. Plenty of girls have felt the uncertainty of a boyfriend’s sister before.

Sisters are basically blood best friends to their brothers. Even if they argue a lot or get on each others' nerves, they still grew up and experienced everything together and that's a bond that can't be broken. From taking turns feeding Mom’s weird, yellow food to the dog to standing up for each other on the playground, they’ve been there through it all.

Your boyfriend’s sis will have all of the *juicy* gossip on him and eventually she’ll be more than excited to share it with you. For now, she may be heartbroken or a little jealous that her brother is old enough to date and has a new girl in his life. It has nothing to do with you, she’s just not ready to let go. Fortunately, you can change her mind about how awesome you are following these tips.

Ask her to hangout.
A girls' trip to the mall or a smoothie date on a hot afternoon is the perfect way to make her feel like you really want to get to know her. And if you're a little too nervous for one-on-one time, invite her along the next time you and him have plans together. It's an easy way to spend time together and it also might be more comforting for both of you to have him there.

Compliment her.
But not relentlessly. Telling her that you are totally obsessed with her outfit when she’s wearing sweatpants is a dead giveaway that you’re fibbing. Trying too hard or being insincere is not the way to go. Relax and be yourself. When you actually like what she’s wearing or how her new balayage turned out, let her know! She’ll appreciate the compliment and boost her self-esteem.

Tell her what you like about her brother.
Sometimes sisters are wary about their brother’s new bae because they're unsure about your intentions and don't want to see their bro get hurt. Make it a point to bring up all the stuff you love about your BF when you're around her to prove that you're in it for the long run.

Find common interests.
It might seem like the two of you have absolutely nothing in common, but we bet there's *something* the two of you can agree on (you just might now know it yet). The next time you're having dinner at his house, make convo with her and find out what she loves, whether it's skateboarding or the new season of PLL or trying out new manis. She'll love that you're interested in the things she likes and, if there's something that you like, too, it's an opp for the two of you to bond.

Remember that his sister is very important to him so it’s important you make the effort. If at the end of the day she’s still not ready to be your BFF, give her more time or ask him for advice. He knows her best and he’ll definitely be able to give you tips on what will win her over.

How do you win over your BF's fam? Let us know in the comments!