My brother has autism—here’s what you should know 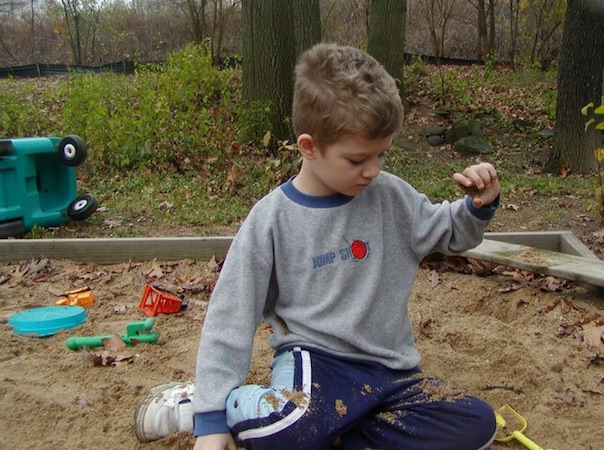 When my brother was four years old, he was diagnosed with autism. I was only one at the time, and it would take almost a decade before I was old enough to understand what his autism meant, both for him and for the rest of my family. Autism is a developmental disorder that makes it difficult to interact with the world and the people in it. My brother can get upset when there’s too much noise or light and it overwhelms him, and he is nonverbal, meaning he doesn’t have a language to speak. And he’s not alone—according to the CDC, one in fifty-nine children is diagnosed with Autism Spectrum Disorder. More is being discovered about autism on the science and health side of things each year, but I wanted to share the personal side of the story. Here’s what you should know…

Different, Not Less
Well-known autism advocate Temple Grandin, who holds a PhD and is on the autism spectrum herself, gave a viral TED talk about her life and experience with autism, and continually encourages the mindset of ‘different, not less’ in regards to those who think differently from most. It’s a great way to sum things up in so few words. I’ve learned from seeing my brother move through life that he is not less than me or anyone else, though he is different. He still laughs and cries, has favorite foods and activities. Though he cannot speak, he expresses himself through basic ASL and nonverbal communication. Keep in mind people on the autism spectrum have their own unique abilities, emotions, and hobbies, *just* like anyone else.

Making Your Own Milestones
For people like my brother who are on the more severe end of the spectrum, reaching milestones that non-autistic children do can take more time. And sometimes, traditional milestones are simply not realistic. But that doesn’t mean that my brother doesn’t make progress. Rather, typical milestones like getting a car and going to college are replaced by smaller, everyday victories. My family and I got way too excited in a restaurant when my older brother said the word ‘pie’—because his vocab builds rarely and gradually. While it can be easy to feel down about all the things my brother won’t get to do, flipping my mindset on milestones has helped my family and I celebrate my brother and his day-to-day progress.

Kids Grow Up
With special needs programs in schools, and an increasing number of children being diagnosed with autism, chances are you’ve seen/met/know a person on the autism spectrum. But it’s less likely that you’ve met an adult with ASD. The problem is, while many people are sympathetic to autistic kids, even if they’re being overwhelmed or disruptive, not as many understand or can sympathize with autistic adults. I remember going with my brother when we were both little to see Santa; no one minded when he started to feel uncomfortable and hum in line. But when we went and he was older, people tried to hold their kids away from us. It’s normal to be uncomfortable when someone is doing something you don’t understand, but know that people like my brother—and all adults with disabilities—aren’t to be feared. Normalizing adults living with autism helps us all to be more inclusive of those on the autism spectrum, young and old.

Limitless Love
I love my brother as much as anyone in my family. He cannot say the words, but through hugs and smiles, he has communicated an affection for me too. When he was little he had a PECS board, essentially a bunch of velcroed little pictures he could pick up to communicate. At first he was always pulling off the ones for Cheetos and breaktime, but at one point he pulled off the picture with my face on it. I’m *pretty sure* I cried. I’ll treasure that memory forever, along with all the other highs and lows of his journey. My family, especially my mom, has to make a lot of sacrifices to provide my brother with the best care possible, and in the end we wouldn’t do it if we didn’t have a limitless amount of love for him.

I don’t mean to sound super-cheesy with this line, but it’s true: every family is different, and often our families are the first places we learn important values like empathy, understanding and love. I’m indebted to my brother for teaching me these skills. But whether or not you’re affected by Autism Spectrum Disorder, you can help those who are by volunteering your time with a special-needs organization, donating to your local programs or schools that support autism, and  being kind and civil to every person you meet, regardless of their abilities.