How to be a friend *and* an ally this month 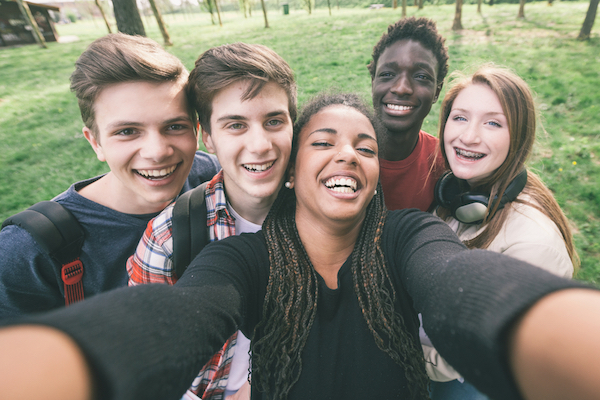 June is LGBT Pride Month, and even if you’re not directly apart of the community—meaning you don’t identify as lesbian, gay, bisexual or transgender—you can celebrate the month by being an ally to your LGBT friends.

What exactly is an ally? An ally is someone that recognizes their privileged place in society as someone who identifies as straight and cisgender (your gender matches the one you were assigned at birth).

If you identify as straight, you might not even notice the privileges you receive in your day-to-day life, but they come in many forms—from constantly seeing “normal” relationships portrayed in the media as heterosexual ones to knowing that your friends and family won’t disapprove of your heterosexuality.

Here are 10 simple tips from GLAAD that’ll help you encourage and support your LGBT friends and neighbors.

1. Be a listener.
2. Be open-minded.
3. Be willing to talk.
4. Be inclusive and invite LGBT friends to hang out with your friends and family.
5. Don't assume that all your friends and co-workers are straight. Someone close to you could be looking for support in their coming-out process. Not making assumptions will give them the space they need.
6. Anti-LGBT comments and jokes are harmful. Let your friends, family and co-workers know that you find them offensive. 7. Confront your own prejudices and bias, even if it is uncomfortable to do so.
8. Defend your LGBT friends against discrimination.
9. Believe that all people, regardless of gender identity and sexual orientation, should be treated with dignity and respect.
10. If you see LGBT people being misrepresented in the media, contact glaad.org.

For a better understanding of the cause, it’s also important that you brush up on its issues, modern and historical. For example, Pride Month is dedicated to honoring the 1969 Stonewall riots in Manhattan: spontaneous demonstrations against a police raid that sparked the gay liberation movement and the contemporary fight for LGBT rights in the U.S.

Being an ally and standing up for those who, even in 2016, are oppressed on many different levels is a tremendously honorable thing to be. Just remember, the term “ally” is more of a verb than a noun—it’s presented in your actions, but it isn’t an identity the way that being LGBT is.

Being an ally is all about standing in solidarity and fighting discrimination alongside your LGBT friends, family and neighbors. Keep spreading the love!

Are you celebrating LGBT Pride Month with your friends and fam?