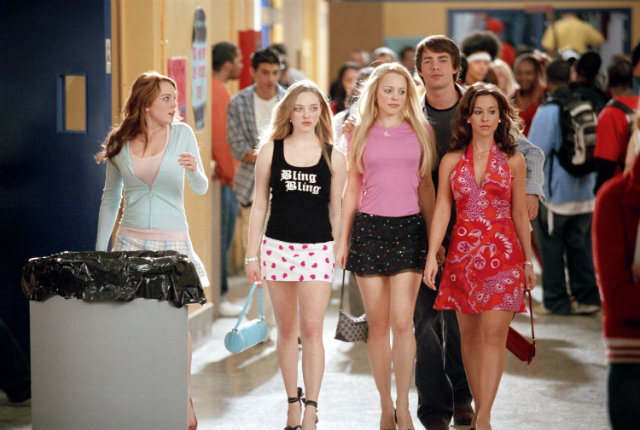 Often your bestie is the girl you sit next to on the first day of kindergarten, or maybe your parents even knew each other before you were born. You know this girl like the back of your hand, you know her favorite Starbucks drink, you know all about that embarrassing time she once walked into the boys’ bathroom, you know her phone number by heart. And you know all of her friends. Right?

But sometimes you don’t know all of her friends. Sometimes your best friend starts hanging out with people you don’t really know, maybe even sits with them at their lunch table. Even worse, sometimes it’s the popular table. Then you start to hear from her less and less. You’re no longer the number 1 person that she texts, you don’t spend all Saturday and Sunday with her because she’s hanging out with that new crew and suddenly she’s not sitting next to you in class anymore, but with that group of girls that giggles too much.

Yeah. Your worst fear is confirmed: your bestie is ditching you for a more popular crowd.

Okay, so you might jump to that conclusion, but you don’t really know that’s what’s happening. We all make new friends as we grow up, and even though you might be jealous of your friend hanging out with other people, this doesn’t necessarily mean she doesn’t still consider you her best friend. You do, however, need to do something about it.

Talk to her. She may not even realize what she’s doing; she might be totally shocked if you tell her how you’re feeling. If that’s the case, then great! You guys can start setting time for each other again, and maybe you can even meet some of these new friends she hangs out with all the time now. However, if she doesn’t seem surprised, then this is where it hurts.

If someone is more concerned with popularity than a friend, then that’s probably not someone you want as your friend anyway. As much as it downright *stinks* to realize that the girl you thought was your bestie is not who you thought she was, it’s good to know sooner than later. You have so many other friends who would never do such a thing, and you’re better off with them anyway.

Have you ever had a bestie ditch you for a more popular crowd? What did you do? Tell us about it in the comments!