The not-so-secret secret to making money 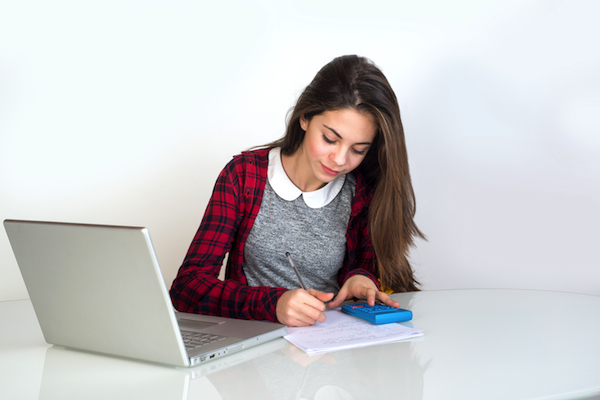 If you're young, one of the best not-so-secret-secrets when it comes to your financial future is knowing that time is on your side. Even more importantly, when you’re young you have more time to use the greatest power in the financial universe: compound interest.

Think of compound interest like this: Money makes money, and the money that money makes then makes more money. Makes perfect sense, right?

Most people know how simple interest works. Basically, you start with an amount for your investment (principle), and it earns a rate of interest (expressed as a percent). When you multiply the two, you get interest earned. $100 X 5% interest = $5 interest earned after one year. Just rinse and repeat year after year. Simple.

With compound interest, you earn interest on your interest. Yes, it’s true! Now, imagine you have that same $100 principal in an account earning compound interest at the same 5% per year. You would still earn $5 the first year, for a total of $105, but by the second year, things would start to get interesting.

In 10 years of using compound interest, you’d have $162.89, instead of $150 using simple interest. That is almost 9% more money over the same time period because you earned interest on your interest. While it's not a huge difference when the amounts are small, over time—like 40 or 50 years—the difference becomes astronomical and you get rich.

This means that if you want to eventually save up $1 million, you don’t actually have to save up one million $1 bills. You only need to save up enough money so that, over time, your money begins to work for you, earning compound interest. Which is why if all you want to do is sit around in your cozy pajamas reading a book, you can...and still be on track to make a million dollars.

To really tap into this power, play around with the compound interest calculator found here. Figure out how much you need to save to retire early, or later in your golden years.

Follow our Financial Literacy Month series to get financially fit in just 30 days.

James McKenna and Jeannine Glista are the co-creators of Biz Kid$, a national financial education initiative based on the award-winning public TV series. They also are the authors of the seriously smart new book How to Turn $100 into $1,000,000 (out this month from Workman Publishing, $13), which outlines in detail every step you need to take to make your million.