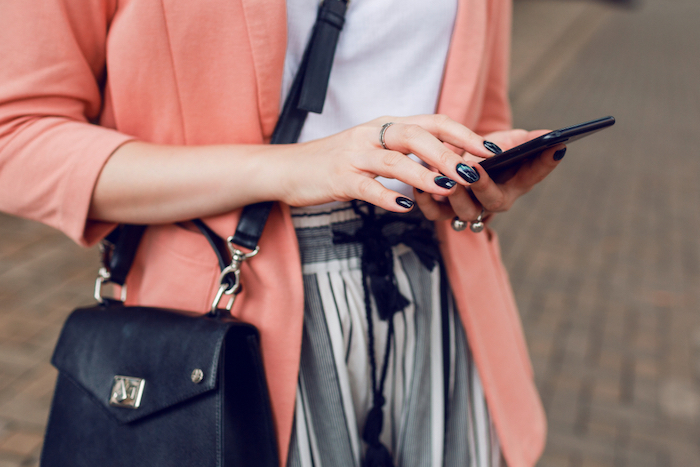 I struggled to understand what I had done to elicit such hatred found in the words that appeared on my iPhone's screen one summer day. I was at a loss: I had done absolutely nothing to bring on this storm…and yet, here I was.

Let's go back to where it all began: with a direct message on Instagram from a boy. My phone buzzed in my pocket while I was out on a walk and I lifted my sunglasses to read the notification. It was an Instagram DM. I didn’t receive those very often, so I clicked it excitedly but warily. The message was from a boy that I didn’t know or follow. It read:

You are so beautiful. I go to school with your camp friends and I saw your feed. I’m interested in getting to know you better. Maybe we can go out sometime.

I felt my cheeks begin to flush. It was hard to believe that a boy could be interested in me, a tween with no dating experience. I typed back how my feelings were mutual without hesitation, not even pausing to consider the danger I was getting myself into.

I later learned, to my surprise, that this boy was older than me. He texted, FaceTimed and called me every day, his admiration intensifying each time I answered the phone. It felt like I had suddenly jumped down a rabbit hole and stumbled into Wonderland…but, unlike Alice, I didn’t mind the change one bit. I never feared what would come next.

While we never ended up meeting face-to-face, there was a deep connection between us that I couldn’t seem to explain. He listened to everything I had to say, hanging on to every word that escaped my lips. I didn’t have to pretend with him; I could be 110 percent myself without fear of judgment. I was far too young to know what love felt like, but I had the sensation of flying every time I heard his voice, and that seemed pretty close.

Everything was perfect—at least, it appeared to be. A few weeks later, I was hanging in my bedroom when I received an unusual morning text from him. It read:

I’ve been really stressed out lately because my parents are fighting all the time. This happened a while ago, too, and I started cutting myself to cope. I think I’m going to do it again. I haven’t told anyone this, except you…

My hands started trembling and I thought my heart was going to pound out of my chest. This boy—my boy—was lost and broken inside. His message was an obvious cry for help, but I had no idea what that to do. Should I contact his parents? His school? No matter what path I decided to take, I knew that our relationship would never be the same after his secret was revealed, especially if helping him meant betraying his trust. That’s why, not long after he confided in me, I made the decision to let him go and encourage him to get the help he needed.

After sending him a message with my apologies and urging him to reach out to an adult for guidance, I thought it would be the last I heard from him. I remained at peace with the situation, knowing I had made the right choice for both of us. Not long after, however, I received a message from a different, unfamiliar telephone number:

I heard what you did to my friend. That’s right…I heard all about you. You disgust me, you ugly girl. We all know what a horrible person you are.

The words stung as if someone had just slapped me across the face. Although I didn't know this girl her text knocked the wind out of me, just the same as if she had physically assaulted me. That wasn’t the only message she sent, either. The texts came for weeks and became incresingly hostile and mean. But deep down I knew that I did *not* deserve to be talked to like this—and would not tolerate it any longer.

It was then that I made a phone call. After speaking with the girl and hearing her side of the story, I realized the attacks weren’t attributed to anything I had done wrong; the boy had been spreading lies about me that had influenced others' perceptions of me and my reputation. The whole scenario was created just so he could feel validated and to get what he considered the "ultimate revenge" for letting him go.

I immediately knew what my next step would be: I had to share my story with the world. If just one person was relieved after hearing how I rose above bullying, then I would be fulfilled.

My experience led me to develop the idea for a book series called Ask Emma, a story about a middle-school advice blogger who faces online bullies when she tries to counsel her fellow students. I hope that by reading the words in the series, written straight from my heart, tweens and teens alike will relate and be reminded that they are not alone in their battles against bullies, cyber or otherwise. Additionally, as a teen ambassador for the non-profit organizaiton No Bully, I work to inspire kids to think before they text, comment or post, because there is always a person with sensitive feelings on the receiving end.

To those who have either witnessed or personally experienced cyberbullying, I encourage you to speak out and inspire others with your story. Writing Ask Emma helped me cope with my pain and transform it into something that could empower others. Victims of cyberbullying should never stay silent. Instead, fight back with a purpose.

To learn more about No Bully, you can check out their website here. 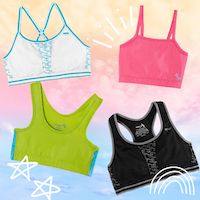 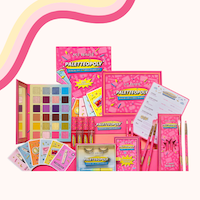