Cheating the System: Here's why some students are so dishonest

During finals, thousands of girls across the country will chat. Here's What's making students so dishonest—and why no grade is worth cheating for. 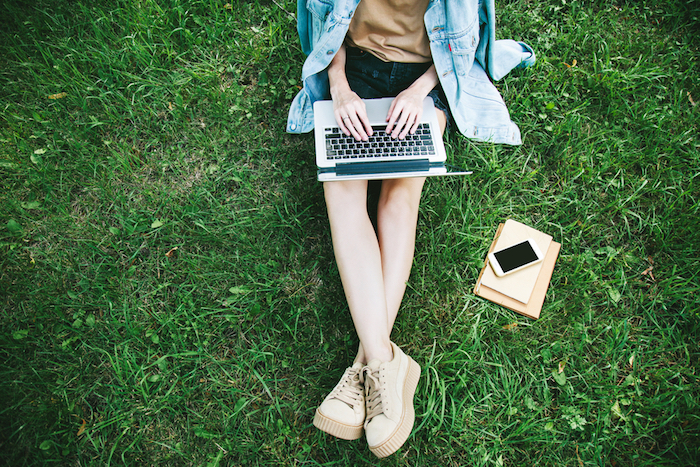 It was late on a Tuesday night and Aliyna F., 13, was stressing. Big time. She had a huge Spanish exam the next day and with volleyball practice and her volunteering gig, she barely had time to crack open her books.

So when her teacher passed out the test the next morning, Aliyna found herself staring blankly at a list of verbs she had no idea how to conjugate and sentences she couldn’t even begin to translate.

“I had zero clue what any of the answers were,” she recalls. “And I couldn’t afford to do badly. So when the teacher walked out of the room to get something, I leaned over to look at my friend’s paper and copied her answers. I wound up with a B...better than failing.”

Sound familiar? Maybe because you’ve very likely been in the same spot as Aliyna. After all, 53 percent of you have cheated in school, according to a recent survey of more than 2,500 GL girls. Of those who had cheated, 80 percent of our readers confessed to being repeat offenders, with a mere 11 percent ever getting caught.

Even more shocking? Dr. Donald McCabe at the International Center for Academic Integrity surveyed 70,000 high school students over a period of 12 years. More than 95 percent of them revealed that they had participated in some form of cheating—whether it was on a test, plagiarism or copying homework.

So why are so many girls cheating— and how are they getting away with it? Experts see access to technology as the main culprit, with students now able to steal papers off the internet or use their cellphones to store information or text answers. Combine that with the intense pressure to succeed and the lack of an honor system at most public schools, and you’ve got an environment that allows for easy cheating.

HIGH-TECH CHEATING
Back in the day, kids would write test answers on their palms or a slip of paper. Now, tech-savvy students program their phones with everything from algorithms to essay ideas.

In fact, this summer, McAfee, an online security software maker, surveyed over 1,200 high school students and found that one in three teens admitted to using their cellphones to cheat in school at least once. Some students have ’fessed up to sending out mass texts with quiz questions or answers, using their phones to take photos of tests and Googling answers during an exam.

In another instance, a high school student in Virginia received the answers to a world history test via text from a classmate who had taken the same test during an earlier class period. The stu- dent who got the text then made a cheat sheet from those answers and distributed it to more than 30 classmates (most of whom were caught and suspended).

And, in one extreme case, students obtained teachers’ IDs and passwords and used the information to change grades in the system.

Granted, most kids wouldn’t go so far as to hack into their school’s database, and teachers are often extra cautious about allowing cellphones in the classroom, especially during tests. But some students still will risk it.

Take, for example, Michelle R., 16, who admits to using her cell as an aid during tests even though she knows she’s essentially asking to be caught.

“Yes, it’s risky, but I’ve taken a picture of the study guide and set it as my background,” she says. “I just pulled out my phone when my teacher wasn’t looking. All I had to do was glance at it and I got the answers just like that.”

PRESSURE TO PERFORM
Of course, it’s not just cells and computers that are making students cheat. The root of the problem lies in the pressure they feel to succeed at any cost. “There’s an intensity of need on the part of the cheater,” says Dr. Gerald P. Koocher, a dean at DePaul University who has conducted extensive research on ethics. “They’re thinking, ‘I am desperate to get into college, I am desperate to succeed and this is the only way I can accomplish what I need to do.’”

But as Alexandra P., 14, learned, it’s really not the only way—or the smart way. She says she’s cheated an estimated 15 times and is trying to break the habit. “I think kids cheat because they’re so sure they will fail,” says Alexandra. “But when
I cheat, I’m failing anyway. I don’t learn anything. It’s not exactly helping me. It’s like a crutch.”

FACING THE CONSEQUENCES
Most students assume the worst punishment for cheating comes via suspensions, disappointment from their parents and the potential of being grounded for life. But there are long-term consequences that are even more serious.

Let’s say you cheat on your biology final and never truly process the chapter on osmosis. Next year, you move up to a more advanced class and are expected to have already mastered some of that material. Since you didn’t, you’re way behind—so you resort to cheating again. This can set off a domino effect that can keep you cheating your way through every challenge in life.

“There are some situations where, if you don’t have the skills and mastery of the content, you put people in danger,” says Dr. Koocher. Like, say, a driver who cheated on her driving test or a doctor who wrote the answers on her hand in medical school. Would you want that doctor performing your brain surgery? Cheaters may think they’re getting away with it, but they’re actually setting themselves up for future problems.

Dr. Stephen F. Davis, author of Cheating in School: What We Know and What We Can Do, points out that cheaters are more likely to lie and commit felonies. Granted, every person who cheats won’t wind up behind bars, but academic dishonesty can affect your life outside the classroom by eroding your moral standards and skewing your sense of right and wrong.

UPHOLDING THE HONOR CODE
Even though so many teens repeatedly break the rules, 74 percent of GL girls surveyed—including the cheaters—feel that it is wrong. But surprisingly, almost the same percentage confess they’ve never reported anyone for cheating. Many said that they didn’t want to seem like a tattletale or that it wasn’t their business if someone else was cheating.

Cora M., 14, has never reported anyone, although she witnesses cheating happening in her classrooms all the time. “Even though I think cheating is wrong, I’d feel bad telling on others. I don’t think it’s my place,” she explains.

But if it isn’t Cora’s place to tell, whose is it? It’s easy to assume teachers and school administrators will catch cheaters, but the responsibility ultimately boils down to the students. Some schools have honor codes that ask students to state they have not cheated and that they will not tolerate it if someone else does. Of course, the only way such a system can work is if students actually enforce it.

Says Dr. Koocher, “If students see somebody cheating and no one’s reporting it, they’ll laugh at the honor code. But if they see people held accountable, that takes away the perception they could get away with cheating. You can help make the motivation go away.”

Kaitlyn L., 13, knows the effect an honor code can have on fellow students. When some of her peers used her hard work to up their grades, she felt so enraged that she alerted an adult. The students were suspended, and other kids in her class realized that cheating is no joke.

“It took that incident for everyone to realize that the teachers in our school really do take the honor code seriously,” says Kaitlyn. “If you cheat, you get in trouble. Otherwise, the smart people do the studying and the other kids get good grades, just because they’ve cheated. That needs to stop.”

So what will you do when faced with cheating in your school: Follow Kaitlyn’s lead and help break the cycle? Stopping cheating isn’t as daunting as it may seem. If you spot someone cheating or see something suspicious, simply talk to your teacher privately. You don’t need to confront the cheater on the spot—or reveal yourself as the whistleblower.

And if *you’re* the one cheating? Stop taking the easy road, even if it’s just on smaller assignments. After all, when you cheat—regardless of how you do it and what it’s for—you’re cheating yourself. Take it from Alexandra. “My friends ask me if I need to copy their homework and I say, ‘No thanks,’ because I need to learn it for myself.” —All interviews by Cait Rohan