Thinking about coming out? Advice for LGBT+ teens 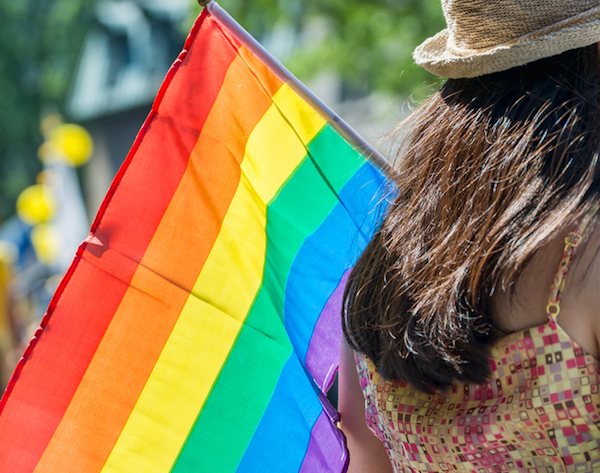 Although our society is generally moving in a positive direction in terms of accepting the LGBT+ community, coming out can still be an incredibly scary thing for many LGBT+ teens. June is Pride Month, so if you're thinking about coming out and don’t know how, check out these tips and suggestions for coming to terms with who you are.

First, here are some important things to remember moving forward.

Take it easy on yourself. There is absolutely nothing wrong with what you’re feeling and, more importantly, there is nothing wrong with you. Whether you like girls, boys, both or neither, figuring out who you are is never an easy process, and it’s okay to be scared. It’s okay to know you don’t belong in your own body. It’s okay to not even know what you’re feeling. What’s absolutely not okay is taking it out on yourself, especially over something you can’t control.

Trust yourself. No one under any circumstance is allowed to tell you how or what you are allowed to feel. If you don’t want to tell anyone, don’t. It’s that simple. The whole concept of coming out is arguably outdated anyway. Why should it matter who you love? And why is it fair that you're assumed cis and straight until you tell people you're not? On the flip side, if you want to make a public announcement to the entire world’s population, stand on a rooftop and shout it. No one is stopping you. There is absolutely no reason that you shouldn’t be allowed to talk about who you like or who you’re dating.

You are not signing a contract. Often the reason people are hesitant to tell someone for the first time is because of that inherent fear of changing their mind later on. But here’s the thing: You are allowed to change your mind. People do it all the time. Think about all the people you’ve had crushes on over the years, all the people you aren’t friends with anymore and all the things you thought you wanted to be when you grow up. Pretty different now, huh? Things change. You don’t have to put a label on what you’re feeling if it makes you feel like you’re locked into something (because you aren’t). Some people love having that label to identify with and that’s great too, but regardless of how you identify, you are you.

So you’re ready to come out. What do you do?

Be safe. If coming out would create an unsafe situation for you, you don’t have to. Keep in mind that even those who are less accepting will typically come to terms with it eventually, but if coming out will make the situation dangerous for you, don’t feel pressured to do it before you’re ready or financially independent/secure. It sucks having to keep a secret from people you love, but your safety comes first.

Learn from others. You are not the first to go through this and you won’t be the last. You might be surprised what a great resource YouTube can be—listening to others talk about their experiences and how they felt moving forward can be really helpful (check out vlogs and interviews from celebs like Troye Sivan, Sam Smith, Ellen Page, Jim Parsons, the list goes on and on). This serves the double purpose of helping you come to terms with who you are and simply making you feel less alone.

Talk to someone you trust. If you’re afraid to tell your parents, it might make it easier to first tell a close friend or another adult you trust. They might be able to help you figure out what to say, and if you want them as support they can even be there with you when you tell someone else. If you feel like there isn’t anyone in your life you can talk to, try calling a hotline (The GLBT National Help Center is a great resource that can provide confidential support free of charge).

You’re out. What now?

Be prepared for questions. It’s a pretty natural human tendency to be curious, and that’s actually a good thing. If your mom or dad wants to know how long you’ve known, how you knew for sure, if there’s anyone in your life you’re interested in, it means they want to understand and they want to be accepting. Don’t be afraid to answer as many questions as they have because ultimately you want them to understand. If you're not ready to talk about it further, find a polite way to say that you'll come to them when you're ready.

Take a deep breath. It’s over! Everyone has different experiences, some better than others, but even if it didn’t go as well as you’d hoped, you don’t have to hide anymore. We won’t lie to you, identifying as something other than straight and cisgender has its inherent obstacles, and it very well might not be smooth sailing from here on out, but now you don’t have to carry around such a big secret anymore. Be proud of yourself. Now you can finally be yourself, and being anything else is unfair to you and everyone else.

Do you have any coming out stories, either your own or someone else’s? Tell us about them in the comments below.

POSTED IN LIFE, Tough Stuff, sexuality, how to talk to parents, identity