What you need to know about the shooting in Atlanta...and how you can help your Asian American friends 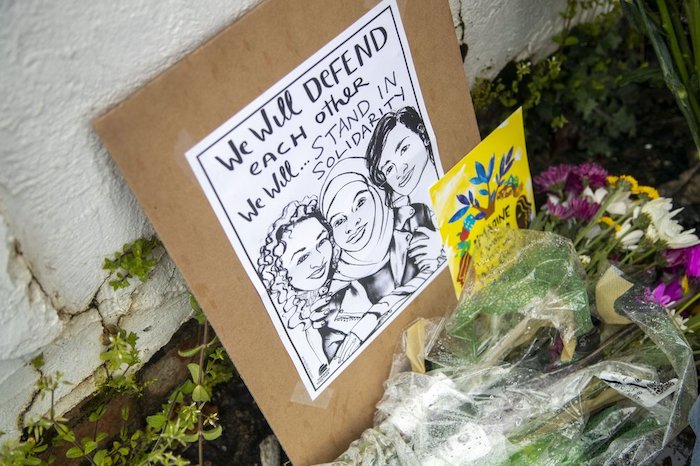 Authorities have charged the man who went to multiple massage parlors and shot and killed eight people outside of Atlanta Tuesday evening. Six of the people killed were women of Asian descent.

According to reporting from the AP, the man, 21-year-old Robert Aaron Long, told authorities he felt he needed to eliminate the "temptation" he felt toward the women, carrying out one of the most deadly U.S. shootings in the last two years.

In a press conference, Atlanta Mayor Keisha Lance Bottoms said that regardless of the shooter’s motivation, this is an issue happening across the United States.

"It is unacceptable," she said. "It is hateful and it has to stop.”

In the days since the shooting, people have taken to social media to stand in solidarity with Asian Americans by using the #StopAsianHate hashtag.

“I do want to say to our Asian-American community that we stand with you and understand how this has frightened and shocked and outraged all people,” she said.

President Biden addressed the recent rise in violence against Asian Americans during a speech to mark one year of the coronavirus in the U.S. last week.

“At this very moment, so many of them—our fellow Americans—they’re on the front lines of this pandemic, trying to save lives, and still they are forced to live in fear for their lives just walking down streets in America,” he said. “It’s wrong, it’s un-American, and it must stop.”

Innocent people have been harassed, abused or killed this past year. The idea of someone getting attacked because they don’t like how we look or understand our culture doesn’t justify ignorant actions. I fear for my Asian community. This needs to end. #StopAsianHate pic.twitter.com/JzK7VbfcHU

This is, tragically, another case of the violence against Asian Americans we've seen this past year. It's important to note that violence and oppression of Asian Americans is not new—one the most notable offenses being the Japanese internment camps of WWII-America. But with the origin of the coronavirus in China, reports of anti-Asian American violence have continued to rise. According to new data released by Stop AAPI Hate, there have been almost 3,800 reports of anti-Asian hate incidents in the past year—68% of which were reported by women.

A year ago, former President Donald Trump started referring to the coronavirus as the "China Virus" and the "Kung Flu." Today, Asian Americans continue to face the racism, discrimination and violence prompted by comments like these.

So, how can you be an ally and stand up to Anti-Asian racism?

Check in on your AAPI friends

Show your support for your Asian friends and family by reaching out and checking in. Gold House, an Asian and Pacific Islander nonprofit collective tweeted: "We want you to check in on your API friends and neighbors. But we also want you to know that we're fired up and are actively planning tonight. When life gets tough, we get tougher."

We want you to grieve for these 8 people. We want you to check in on your API friends and neighbors. But we also want you to know that we're fired up and are actively planning tonight. When life gets tough, we get tougher. More to come. https://t.co/ILr2cMGhXq

Reaching out to people you do not presently have a relationship can do more harm than good, so make sure that your reach-out is congruent to your relationship with the person.

Brush up on your history

Did you know that most schools still do not include Asian American history in their social studies curriculum? Understanding the history of race relations in the United States provides context to the necessity of anti-racist movements today. It is imperative that we continue to educate ourselves on the experiences of members of the AAPI community, both historically and in the present day, to prevent problematic historical themes from repeating. Here are some resources to help you learn more about the AAPI experience:

Stay up to date on the news

Keeping up with current events is an important part of being an informed citizen. Another way to stay informed is to read and amplify stories shared by AAPI individuals. In addition to other actions, here are some links to social media pages you can follow to learn about the Asian American experience:

Hold your friends and family accountable

Educating your friends about the prevalence of anti-Asian racism is a vital part of raising awareness and influencing your community to important make changes.

Unfortunately, people often avoid talking about racism with their loved ones for fear that it will lead to uncomfortable conversations, but these conversations are a necessary part of changing the narrative and raising awareness for an important cause.

If you feel called to contribute to anti-racist organizations financially, we have linked some below:

Call your legislators and ask what they are doing to support and protect the AAPI community. Get in touch with your representatives here.