What is the male gaze? 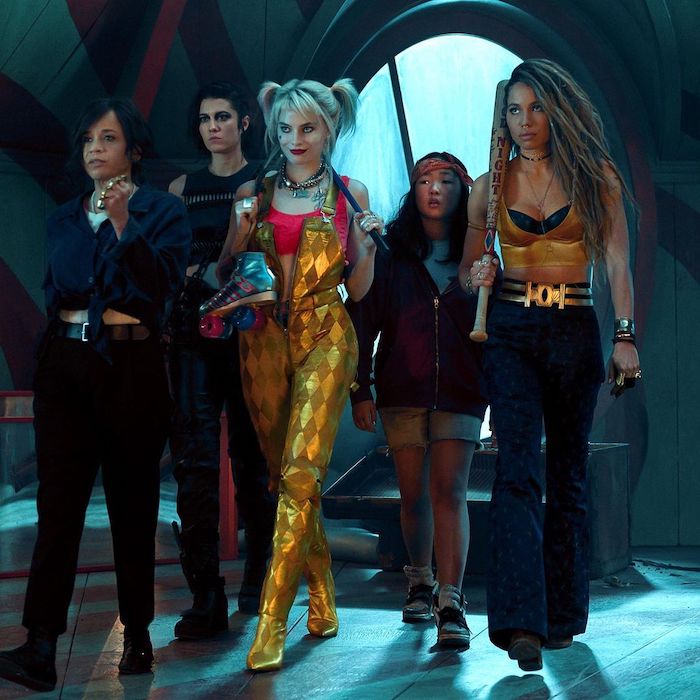 CONTENT WARNING: This piece discusses difficult topics regarding sexuality, which may be distressing for some readers.

Picture this: You're watching a movie and a female character comes on screen. The camera pans up and down her body for a little too long, and you look away. It makes you uncomfortable—why would they fixate on her body like that?

The answer is simple: The movie was made from the lens of the male gaze. With films like Jennifer's Body resurging in popularity, you may have heard of this concept before from TikToks or tweets discussing the objectification of women. The male gaze is frustratingly prevalent in our patriarchal society, so let's break it down. What exactly is the male gaze? And how is it present around us?

The term "male gaze" was coined by Laura Mulvey, a feminist film critic, in her 1975 essay titled "Visual Pleasure and Narrative Cinema." Mulvey describes the male gaze as the way women are viewed and portrayed as sexual objects that solely exist for the pleasure of heterosexual men. Under the male gaze, women are only valued for their sex appeal and beauty—rather than their inherent worth as people.

The male gaze in media

Remember Princess Leia's gold bikini in Return of the Jedi or Megan Fox's crop tops in Transformers? According to Mulvey's essay, the male gaze in cinema serves three types of men: the men behind the camera, the men in the scene and the men in the audience. If you've watched a movie or TV show and noticed how female characters are consistently dressed in more revealing clothing than their male counterparts, then you've observed the male gaze at work. Far too often, film and television hyperfixate on women's bodies through cinematography and/or the writing. Because of the male gaze, women are presented on screen as objects of desire—and nothing else.

Take, for example, Harley Quinn's portrayal in Suicide Squad vs. in Birds of Prey. In Suicide Squad, Harley Quinn's character development is pretty limited to her role next to the Joker, and she is incredibly objectified by her costumes and provocative camera angles. In contrast, Birds of Prey (which was heavily influenced by actress Margot Robbie and the female director, Cathy Yan) dives into Harley's life and story outside of her ex-boyfriend, establishing her own unique identity and personality. Her outfits are noticeably different—they're still true to Harley's character, but she's not dressed to satisfy the male audience. Harley Quinn is her own person who acts on her own desires and dreams.

The male gaze can also be extremely harmful for sapphic representation in the media. Romantic relationships between women *must* be portrayed accurately and respectfully, but media meant for the male gaze can fetishize these lesbian relationships instead. Queer women are not objects for men to admire.

The male gaze in *your* life

With the male gaze being so prevalent in film, television and art, it can definitely bleed into how girls and women present themselves in their personal lives. Because we're shown how women "should" look and act like based on the male gaze, we often feel like we need to change our physical appearance and personality to be liked and desired by men.

As an aftereffect, we can develop internalized misogyny and a willingness to compete with other women. Of course, this is no fault of our own. The male gaze objectifies women to satisfy men, which makes it easier for women to feel compelled to meet their expectations. But the male gaze diminishes women, lowers self-esteem and perpetuates patriarchal values.

How do we combat the male gaze?

In "Visual Pleasure and Narrative Cinema," Mulvey states, "It is said that analyzing pleasure, or beauty, destroys it. That is the intention of this essay." And that is the intention of this article—to dispel the notions of the male gaze. Once you identify the male gaze in the media you consume and in the people around you, you can give it less power in your life. Though it's easier said than done, find true joy in how you express yourself through mediums like words or clothing, without any external expectations. We don't need the male gaze to recognize our worth.

If you liked this piece, we think you'd *love* these posts:
✨ Is pretty privilege real?
✨ The “pick-me girl” trend and dissecting internalized misogyny
✨ Explaining the "that girl" trend, why it's toxic and how to grow in the way that's best for Y-O-U