GIRL TALK: My BF Is In Trouble. Help! 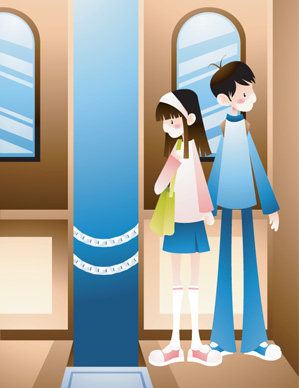 So there's this older kid on my BF's bus and he won’t leave my bf alone! Apparently he calls him names and hits him, but my BF only tells me and his parents. He's getting really sick of it and his parents told him to beat the kid up (which I do NOT agree with). He asked me if I would be mad if he did this and I said no. But maybe I should have said yes? Because I'm worried that he will get hurt, or in really big trouble! And if I said yes he would not do it! What should I do?!? I'm really worried and scared! I don't think this is the right way for him to handle the situation! I tried giving hints to him to show him how I feel, but you know how boys are! PLZ HELP ME! I DON'T WANT THIS TO GET OUT OF HAND!!!!

Violence is definitely not the answer and I’m really glad you recognize this. Bullying is also totally not cool and your BF needs to stand up for himself. But that doesn’t mean he has to throw any punches. In fact, he’d probably more effective if he talked to the bullies and told them to stop calling him names than if he were to hit them.

However, if the peaceful approach doesn’t work, then your BF needs to tell someone in authority, such as a teacher, a coach or school counselor. It may be a little hard for him to do this, so it’s extra important that you be there for him and that you’re 100 percent supportive. He needs you now more than ever. Let him know that you care about him and that you really don’t want him to get hurt.

Hopefully he’ll respect you and respect himself enough to stand up to these guys. Most people who are bullies have self-esteem issues and are insecure, so they pick on other kids to make themselves feel better. If your BF lets them know he’s had enough, then the bullies will more than likely lose interest and leave him alone.

L’Oreal
GOT YOUR OWN TOUGH STUFF SITCH? CLICK HERE to submit your own problem to be answered on Girl Talk!