When a friend is cutting... 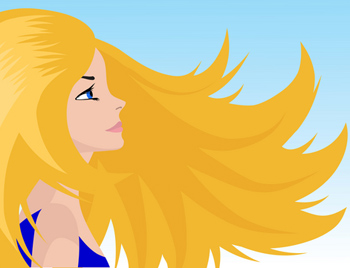 One of my great friends recently started cutting himself. He's not depressed and I'm pretty sure he just does it for the attention. I've read that it is a cry for help. A couple of days ago, he came to school with a few scratches on his wrist. I decided not to take it too seriously because it was the first time.


The next day, he came in with more cuts that were much deeper than before. I told my teacher so he can get the help that he needs. My teacher had a meeting with his parents to discuss his needs the next day. Last night I sent him a very nice text asking how he was feeling. He responded, “Thanks a lot. Thanks 2 u everyone hates me. My parents grounded me for 3 months!” I was shaken. I knew I had done the right thing. I responded, “I’m sorry ur parents grounded u. But w/ counseling I think u will come 2 forgive me.” I know after a while he won't hate me anymore, but for now it hurts. What should I do?

First of all, you did the right thing! Don’t second guess yourself or feel guilty about anything. Your friend needs help with his cutting and with the cause of his cutting—which seems to be a lack of confidence.

Now that you've opened up, hopefully he can get the proper help from school counselors and his parents. All you can really do is let him know that you were worried about him, and that’s why you got him help. He will come around eventually, especially if he sees that you are supporting him through the whole process.

Be patient when ya patch things up

Your pal is probably angry because he feels like you betrayed him. Give him some time. Once he goes through counseling he'll realize you didn't mean to hurt him at all. After things have calmed down a bit you may want to write him a cute, heartfelt card about how much you care for him. Include funny pics, your fave song lyrics, your apologies...whatever you think will make him chin up.

Let him know that you're there for him if he needs you, but give him space and time to get professional help. Just remember that you made the right decision, and that any good friend would have done what you did. If he chooses to cut you out of his life, then let him. It’s his loss for losing such a fantastic friend!

POSTED IN how can I help my friend

Clue us in on your year’s highlight reel and we’ll set you up for a happy, healthy 2022 (with help from Pamprin to nix any bad vibes, ofc). Take the quiz HERE!