On-set with the JoBros: Veg out with JONAS L.A.'s fave snacks 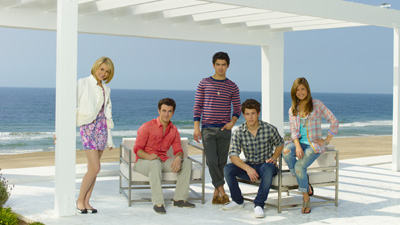 T-6 DAYS UNTIL THE PREMIERE OF JONAS L.A.!


Ever wondered what your favorite JONAS celebs eat during filming breaks? We caught up with the cast out in L.A. as they shot scenes for the new season, premiering this Sunday, June 20, at 8:30 p.m. on the Disney Channel.


This go-around, Kevin, Joe and Nick head to the west coast for a summer of fun, focusing on different passions while meeting up with Stella and Macy, who are vacationing at Stella’s aunt’s house nearby.


So, when the cameras aren’t rolling and the super cool gang’s looking for something to nibble on, what do they head to the craft services area for? Nineteen-year-old Nicole Anderson, who plays Macy Misa, spilled the dirt. And our fave has to be Nick Jonas’ concoction. 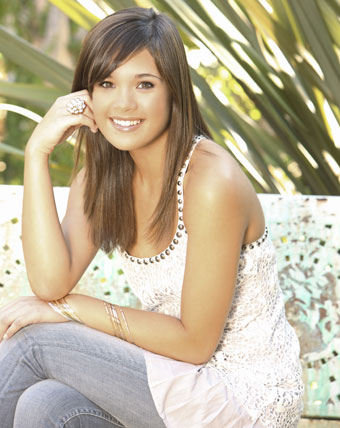 Make a mini menu inspired by your fave stars’ treats, then grab your gals and snack away while watching the JONAS L.A. premiere this Sunday. Yum!


Nicole Anderson hearts cookies: “For me, I have to have my daily chocolate chip cookies. I think they’re homemade here. I [only] have one.”


Joe Jonas goes healthy. “He’s a big health freak, so anytime that he’s able to, he eats a lot of fruits, veggies, whole grains and stuff.”


Chelsea Staub adores cupcakes. “She always has one bite of my chocolate chip cookie. Every time I go, she’s like, ‘OK, thanks.’ But we also love our red velvet cupcakes. And Haley, our make-up artist, has been bringing in homemade macaroons that we’ve been having. And we also love our trail mix and granola bars. We eat a lot on this set.”


Kevin Jonas has a total sweet tooth. “Kevin is big on sweets like me. We’ll devour all the cupcakes!”


Nick Jonas has his own sandwich. “I think it’s Nutella with bananas and he started adding cereal to it. That’s his own creation. I don’t know if I was supposed to give away the secret recipe, but he’s obsessed with that.”


Which JONAS snack is your fave? Are you excited for the premiere? Blog about it, babes. 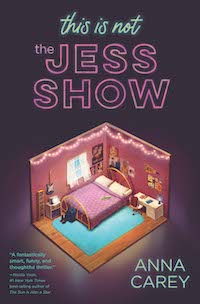