Hey, the JoBros are talking to YOU! 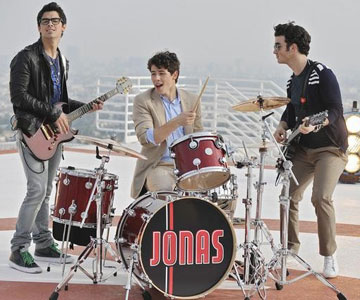 The season premiere of JONAS L.A. is tonight! Will you be watching?

Still not convinced to watch the show? We have a few parting words from the fabulous cast, summing up what to expect from their characters this season and why you, too, should at least check it out.

Chelsea Staub wants you to know…Stella’s even more fab.
“I think the biggest change that I’ve noticed in Stella is she’s really grown up in the sense that she’s willing to make some more sacrifices to be friends with Joe and support that relationship as opposed to always making it about the love triangle. But I think the coolest part about Stella is she’s in L.A. staying with the boys, but she takes advantage of being in this new surrounding. She actually has an internship working on film wardrobe.”

Chelsea thinks you should tune in because… 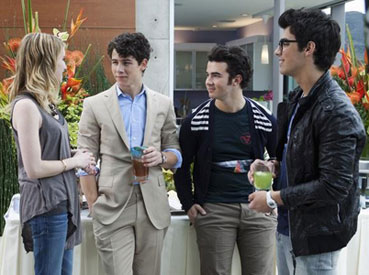 Nick Jonas wants you to know…there’s going to be change.
“There have been a lot of changes made to the creative of the show—not only with the location of where we’re shooting, but also with the creative team. As far as my character goes, I think you dive a bit more into the feelings and emotions. I have some things with music that I’m facing and also [dealing] with relationships so it’s fun to have both of those.”

Nicole Anderson wants you to know…Macy has tamed down.
“She’s grown up. In the first season [of JONAS] she was definitely a super fan. [Now], she has become more of a friend and love interest to Nick. She is a lot more involved with the [brothers’] career and almost acts as their publicist. She won’t be fainting this season.”

Nicole thinks you should tune in because…

“There’s just going to be a lot of new adventures this season. And some cute summer romances that I think [you] will really enjoy.” 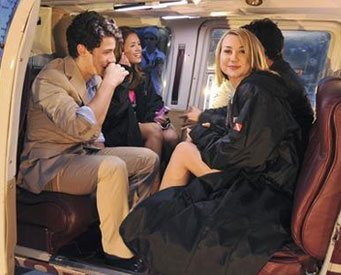 Kevin Jonas wants you to know…Kevin’s becoming a leader.
“He’s overseeing a lot with the brothers but, at the same time, he wants to become a director. He wants to do different things and I think it really adds to who he is.”

Joe Jonas wants you to know…Joe’s taking acting seriously.
“He wants to be more an actor. All [of the characters] move out to California to pretty much make it in this business. For summer vacation, they all have individual dreams and goals that they all want to accomplish. My character’s is acting.”

Joe thinks you should tune in because…
“It’s unlike anything [you] are expecting. It’s all shot outside and it really changes from the first season. It’s almost a completely different show. We’re really proud of it and we hope the fans will enjoy it [too].”


Hey, Kevin and Nick Jonas have one last thing to say to you. Check it out below…