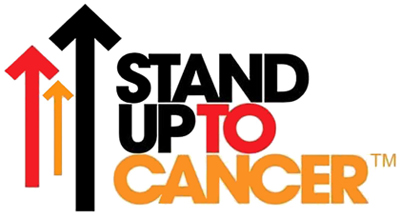 Remember when you were younger and you wanted to be an astronaut? Or when you never went on elevators because you were afraid you’d get stuck in one?

Join young Hollywood as Stand Up To Cancer (SU2C) comes back to primetime TV Sept. 10, at 8 p.m. ET/PT. For one hour (without commercials!), there will be live performances by legendary recording artists and stars from film, TV and sports will give viewers more insight into cancer. Fourteen different channels will broadcast the event simultaneously, including ABC, CBS, NBC, FOX, VH1 and E!

The goal of the fundraising event is to raise funds for innovative cancer research. Viewers will learn how to help prevent cancer, like what foods to eat (blueberries, strawberries, and garlic, just to name a few), that they should quit smoking (lighting up is never cool, but now you have more of a reason not to) and wear sunscreen (that tan may look cool now, but you might regret it later).

A new PSA, “Change the Odds,” featuring some of our fave celebs is also set to air during the event. It aims to put cancer into perspective through eight different vignettes as a disease everyone should stand up to.

The 2008 broadcast earned over $100 million. Think this year’s can exceed that total? Tune in September 10 to make it happen.


Check out the “Change the Odds” PSA below.
Will you be tuning into the broadcast? Blog about it, babes.

POSTED IN television, charity, do gooder