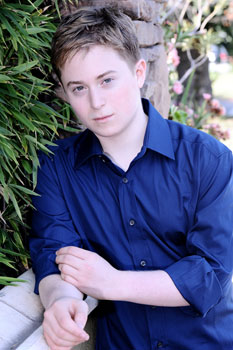 You may recognize Reed Alexander as Nevel Papperman from Nickelodeon’s iCarly, but did you know that Reed just started his own healthy lifestyle campaign called KewlBites?

Though Reed has struggled with his weight all his life, in March 2009, he hit rock bottom.

“I’d be exhausted after 8 hours of sleep,” he says. “I was making terrible food choices.” Coming from “a family with an unhappy health history,” Reed knew this was a big deal.

Reed searched for a kid’s health program, and when he discovered that everything out there was aimed at adults, he took matters into his own hands.
How it started

This self-professed major foodie watches the Food Network by choice and loves to cook. He became a “mad scientist” in the kitchen, creating new, healthy recipes he enjoyed, and researched healthy habits. Reed saved each snibblet of information and called them “bites.” Today, these factoids and many of the recipes he created himself are the brains of KewlBites.com.

But the heart? Well, that’s all Reed…and kids just like you, too. The star says his site is all about interaction. While it’s 100 percent written by Reed, the website also allows its users to share videos, creating a for-kids, by-kids community for all the boys and girls who struggle with their weight.

“I wanted it to be fun and interactive,” Reed says. If kids enjoy eating well and exercising, then they’ll keep doing it. “KewlBites helps us get a quick, easy dose of what being healthy means, and it does it in a comfortable and positive place.”

While he might seem like an expert, Reed is quick to point out that he isn’t a doctor or a nutritionist. “Whenever I tell kids something, it’s only what’s worked for me,” explains the young actor.

‘The most important thing to do to get healthy is to want to get healthy,” Reed says. “If you make healthy choices early in life it becomes a part of you and eventually it becomes second nature.”

But that’s not to say that a lifestyle overhaul is easy. The beginning was tough, Reed says, especially if there was a big box of sweets on set. Since starting creating his Kewlbites program, he’s lost 15 pounds and he hopes to lose more

While he’s happy about the weight loss and the notable improvements in his health, Reed says he’s thrilled that he’s been able to help others.

“I’m proud that I have the chance to say to people, ‘You’re not alone in your struggle with weight.’  I’m very lucky that I’m in a position to share things with others and I’m most proud of the fact that I’m making a difference.” 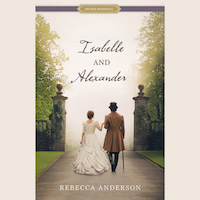