10 things to know about Judy Moody 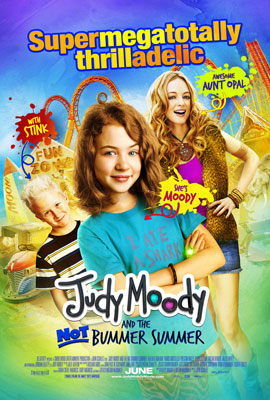 Adventure. Laughs. Judy Moody and the NOT Bummer Summer has it all. Landing in theaters June 10, this family-friendly flick follows super imaginative third grader Judy and her quest for the most thrilling summer of her life with little bro Stink and free-spirited Aunt Opal by her side.

Wanna snag a sneak peek at the film based on the popular children’s book series by Megan McDonald, its characters and some behind-the-scenes action?

Catch an EXCLUSIVE first look below…

And be on the lookout for Judy Moody’s star Jordana Beatty, 13, who appears in our June/July summer issue—on stands soon!

Are you a Judy Moody fan? Blog about it, babes.