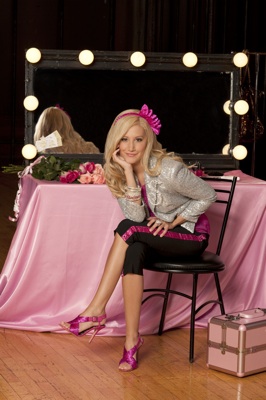 We are so excited to see Ashley Tisdale reprise her role as Sharpay Evans in Sharpay’s Fabulous Adventure when it premieres tonight at 8 p.m. ET/PT on Disney Channel.
What’s the real Sharpay like? We got a chance to hang with the talented blondie on the flick’s Toronto set and found some pretty cool deets about her. Check it out…
She can predict the future. “My dreams consist of things that will happen that day. It’s like the weirdest thing. I’ll have like Mary-Kate Olsen in a dream and we’re shopping or something, and the next day they’ll be on the radio talking to Mary-Kate and Ashley. Maybe I’m just really in sync with my future or something, I don’t know.”
She has a serious sweet tooth. Ashley told us she loves the Frozen Hot Chocolates she gets in her favorite NYC hotspot: Serendipity. “They just get me,” she says.
She hearts Sharpay’s wardrobe. “I love when the stylists comes over with clothes. It’s like, everything’s fabulous!”
She doesn’t like drama—the friend kind that is, especially when it’s two feuding buds. “If you try to get involved, you’re going to get sucked into it so stay clear of that stuff. Let them work it out alone. You can still be best friends with both of them, you just have to kind of, you know, keep it cool.” 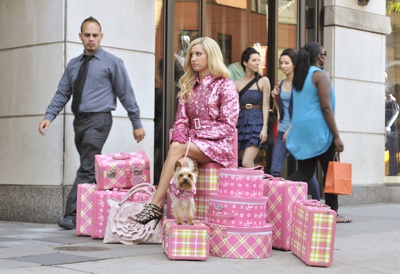 WIN BIG! Wanna get your paws on one of Sharpay’s suitcases? We’re giving away the bag on the far right in the pic above to ONE lucky lady. Yes, your very own prop from the movie set! CLICK HERE for your chance to win. But, hurry! Contest ends TOMORROW.

Are you an Ashley Tisdale fan? Blog about it, babes.