Dance dilemma: Should my date and I be dating?

So my school is having a girls' choice dance and I asked my BGF/crush and he said yes. I was really excited when he said he would go with me and he said he was excited to go with me too. The only problem is that all of our friends are teasing us saying that we like each other and we should just go out already, but we just want to be friends for a while. I think he is getting a little annoyed and embarrassed. How can he and I avoid having people tease us?
This sounds like one of those can’t-win situations, chica. People are always going to make assumptions about your life. They are almost always going to be incorrect, as well. There’s a certain point where you have to understand that what they say or think about you doesn’t matter. It shouldn’t have any effect on how you live your life.
I’ve been in the same situation time and time again. Some friendships seem closer and seem to be more than they really are. Sometimes this can mean that there are hidden emotions on one side, but then again, it can also just as easily mean that you two just click. Compatibility isn’t restricted to relationships. Often people interpret a well-off friendship to mean more simply because two people get along so incredibly.
To solve the problem, your only solution is to tackle it right at the source: your friends. You have to let them know how uncomfortable it makes the both of you whenever they joke about dating. They may not take it seriously at first, and may just blow it off by saying that they were only kidding. If they do, you have to make it clear that you’re serious and it really is a genuine bother. From then on, they should cool it a bit.

POSTED IN guy friend Q & A, from BGF to BF 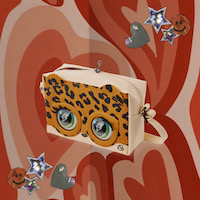