HS valedictorian Daniela Pelaez fights to be an American girl 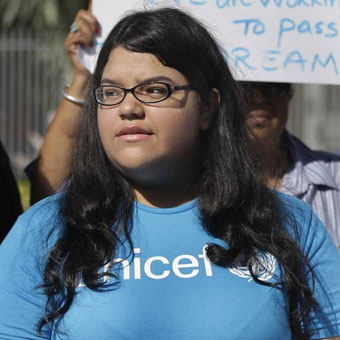 In a few weeks, Daniela Pelaez, 18, will join Congressman David Rivera in Washington, D.C., to lobby for a bill she helped write. The STARS (Studying Towards Adjusted Residency Status) Act will allow undocumented immigrants who arrived in the United States before they turned 16 the chance to become U.S. residents if they earn a four-year college degree.

Daniela’s story became a national rallying point for tweens and teens who accompanied their family to America. You see, Daniela is the poster girl for a high school success story. She is the valedictorian of her Miami high school’s class. She’s been accepted to Dartmouth College on a full scholarship, and dreams of being a heart surgeon. And just a few months ago, she sat in a courtroom, clutching her sister’s hand, as a judge told her that her application for citizenship had been denied. The two girls had one month to leave the country.

But, Daniela says, leaving the U.S. would be leaving the only home they’ve ever known.  Her parents moved her family to Miami from Colombia when she was four in hopes that they would find a better, safer life there. Daniela considers herself a Colombian-American.

Luckily, she’s not standing alone. After the hearing, nearly 3,000 students and teachers held a rally and her friends started an online petition to stop her deportation. 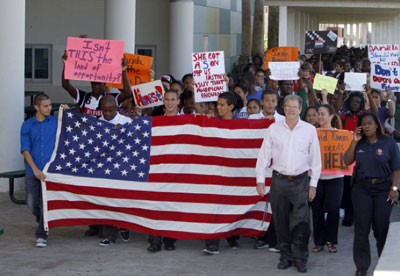 It didn’t take long for local media outlets to pick up the story, and this spring, she told her story to GL’s Sandy Fertman Ryan. You can read it in full in our June/July 2012 issue, on stands now. We’ll be keeping tabs on her story on girlslife.com.

Want to help? Head to dreamactivist.org for more info.
Photos from the Miami Herald

» What to do now to make sure your summer rocks

POSTED IN In the News, Goal Getter, Get Inspired, June/July 2012, Daniela Pelaez