The Dirt: Why guys fight for no good reason 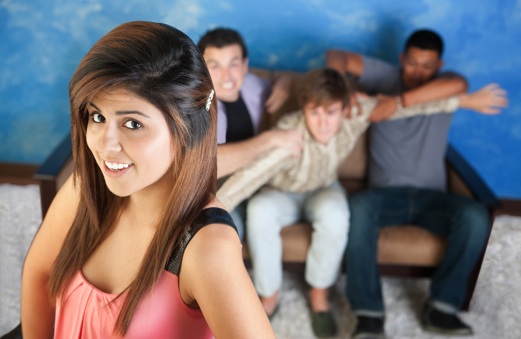 Why do guys like to fight?
Dave: Who us? Says who? Would you like to step outside and accuse me of likin’ to brawl? I don’t know if guys like to fight as much as society expects us to fight. Too often, guys act a certain way because they feel that’s how they are supposed to behave. Girls do this too—it just doesn’t end with bloody noses.
Bill: Fighting is a guy’s way of saying, “Hey, I really like you, man,” without having to resort to actual words. I’m just kidding. But let me point out that not all guys like to fight. In fact, most guys don’t like to fight. My experience is that the less intellectually developed tend to resort to physical means to solve their differences. Translation: The majority of guys who fight do so because they’re idiots.