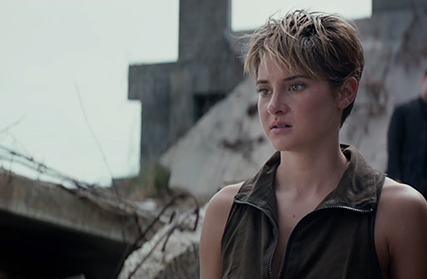 Insurgent, the second film in the Divergent franchise based on the bestselling trilogy, is gonna be one of the hottest movies of the year. Fans of the book series have been waiting to see how the story plays out on the big screen (will book two stay as true as book one did?!), while film fans are dying to know where Tris and her friends are headed and what their plan is – if they have one at all. Luckily, we got our hands on a behind-the-scenes clip with Shailene Woodley and co., showing us just how the film was made and what to expect from the story.

Can we just say that watching Shailene perform her stunts against the green screen is probably one of the coolest things? We also loved seeing stars like Shai, Theo James and Ansel Elgort get a chance to talk about their characters and their experiences working on the movie. The countdown is on until the flick's March 20 release date.

Are you just as psyched as we are to see Insurgent in theaters? Let us know in the comments.