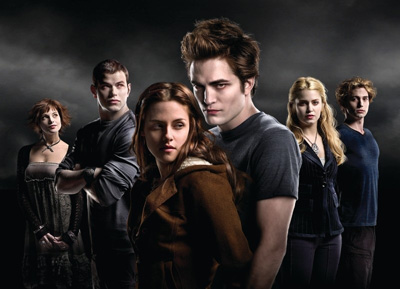 “In the state of Washington, where it’s covered with clouds and rain, there’s a town called Forks…” Yep, that’s right, girlies! The long awaited, highly-anticipated movie of the year is finally heading to the big screen. And yours truly was beyond lucky enough to catch it in theaters before anyone else!

I embarrassingly admit, I haven’t had a chance to actually read the fabulous Twilight series by Stephanie Meyer. But, let me tell you, after seeing this flick, I’m so heading to the store today after work and grabbing all four. And, trust me, any of you gals who follow the same pattern as me—watching the movie before reading—will definitely be doing the same.

For those who haven’t already devoured the series, here’s the deal: When seventeen-year-old Bella Swan’s mother decides to travel for spring training with her new baseball hubby, Bella’s forced to transport her life from sunny Arizona to the small town of gloomy Forks, Washington to live with her dad. Having to start a new school mid-semester can be tough, but Bella is quickly drawn to her mysterious lab partner Edward Cullen.

Edward is not like most seventeen-year-olds—the fact that he hasn’t aged since 1918 for one. And Edward and the other members of the puzzling Cullen family have pale white skin that is ice cold. And when the sun comes out? They’re nowhere to be found.

Edward is a vampire—not one with fangs or anything like that. He drinks animal blood instead of human, and has the ability to read people’s minds, except for that of Bella. But the closer the two get to each other, the more they fall in love, and the harder it is for Edward to resist Bella’s scent, which could lead him into an uncontrollable frenzy. It’s so bad, he tells her to stay away—but that’s the last thing in the world she wants to do!

What will Bella and Edward do when the Cullens’ mortal vampire enemies, James, Laurent and Victoria, catch wind of their new human friend and come to town looking for her? Ha, we’re so not revealing that here!

A modern-day love story, Twilight has everything you want in a movie: laughter, anger, realistic special effects, fear, suspense. It gets two big thumbs up in my book, and I am certain it will in yours, too.

Twilight opens this FRIDAY, NOVEMBER 21. And don’t forget to come back and let me know what you think! Post YOUR review below!

(And on Monday, a very special Book Club post comparing the book to the movie will go live. Make sure ya stop by!) 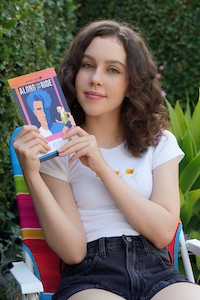 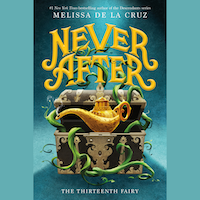