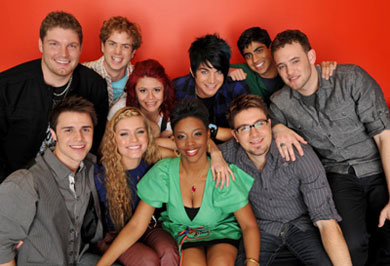 The top 11 has finally become the top 10 aka the lucky idols that will be going on tour!  It was definitely a night full of surprises, as Ryan had foreshadowed, and I was shocked at who made up the bottom 3. Allison Irahetta, an absolute fave of mine, was called out first to the center of the stage. With my jaw wide open, I knew that this show was completely unpredictable and could go any which way! 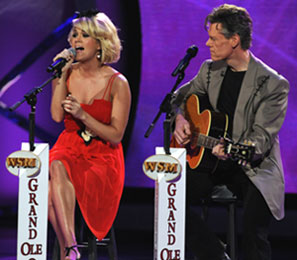 I was able to close my mouth (as I watched the beautiful duet performance by Carrie Underwood and Randy Travis), but I was still itching to see just which 2 idols Ryan would call next. 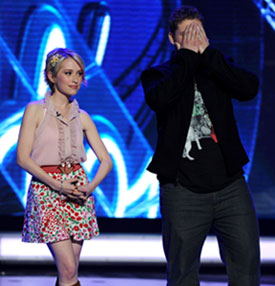 The final announcement came; Alexis Grace and Michael Sarver joined Allison and all 3 waited nervously to hear their fate. A few short moments felt like a decade before Allison was sent back to her seat. Phew, she was safe! 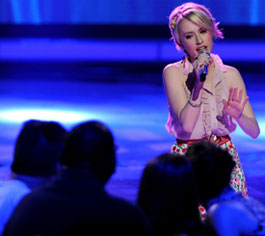 Finally Michael was told that he would be a member of the top 10 as well and poor Alexis was sent packing. The judges contemplated saving her, but felt that her performance just wasn’t good enough to do so. Although I am sad to see Alexis go, I am super pumped about the top 10 and will totally be purchasing tickets for the tour as soon as the season wraps up.

Did you girls agree with America’s votes for the bottom 3? Do you think that Alexis should have been saved by the judges? Tell us your thoughts!