With the guidance of Smokey Robinson, performances by the Top 10 definitely left me loving some and wanting to say goodbye to a few. The idols renditions of Motown hits were overall full of energy and they seemed to have a great time up there in the spotlight (though for one it will be their last night to enjoy the stage).

The night started out strong with Matt Giraud singing “Lets Get It On”. I am falling more and more in love with Matt’s voice, as his soulful sounds always leave my eardrums wanting more. I liked how he was able to incorporate his piano skills into the beginning of the song and then change it up by leaving the bench after the first verse. The judges agreed and loved that he came out of his shell (they even think that he’s become a front runner in the competition!). A+

Second was Kris Allen singing “How Sweet It Is”. Kris gave the song a totally new spin and added more of a modern feel to it. I loved everything from his unique interpretation to his adorable smile! Paula also loved Kris’s “infectious personality” and Simon’s only criticism was that he needed to believe in himself more. Well, I def believe in Kris and hope to see him again next week! A

Scott MacIntyre went third singing “You Can’t Hurry Love”.  Although I thought the arrangement was interesting, I wasn’t thrilled with Scott’s performance. His notes were a bit off key and the song selection didn’t seem to be a good fit. The judges felt the same and thought that he is a better singer than what he displayed. I must say though, no matter what criticism Scott receives, there is always a bright smile on his face. What a great sport! B

Next was Megan Joy performing “For Once in My Life”. I was not impressed with Megan’s version of the song and I agree with Randy that the lyrics sounded rushed. She definitely has a likeable personality, but her performance could very well land her in the bottom 3 (especially since according to Simon her vocals were all over the place). B-

Anoop Desai went fifth singing “Ooh Baby, Baby” and his vocals were perfect for this soft melody. While the song was not one of my faves, his performance was overall a good one. Paula noticed Anoop’s sweet and tender side as well, while Simon thought that he looked as if he were half asleep. B+

Up next was Michael Sarver singing “Ain’t Too Proud to Beg”. He showed a lot of energy, but the performance seemed to be a bit old fashioned or as Paula would put it “old Las Vegas.” I think that he could have chosen a song that better suited him and so did Simon—who couldn’t wait for the screaming and shouting to end. All in all, this night was definitely not one of Michael’s better ones, though he is thankful he made it to the top 10. B-

Lil Rounds took over the mic singing “Heat Wave”. I got up and clapped along (with the rest of the audience) as she bolted out those powerful notes. I agree with the judges that her vocals are extremely strong and I enjoyed watching her light up the stage. A-

Adam Lambert showed us a new side singing “Tracks of My Tears”. He sported a new hairdo and a new sound to go with it. He totally did the song justice and was able to hit each and every note effortlessly. I felt as though I was watching a concert and Adam definitely proved that he is one to beat this season (especially with the standing ovation from Smokey Robinson himself). The judges thought it was the best performance of the night thus far. A+

Next was Danny Gokey singing “Get Ready”. I enjoyed his upbeat performance and could definitely feel his passion for music. I have to agree with Cara, though, he was good, but not great. In comparison to some of my other faves, Danny’s performance did not wow me like I had anticipated. B+

The final contestant was Allison Irahetta singing “Papa Was a Rolling Stone”. I am overly impressed with Allison’s natural talent and can’t get enough of her soulful voice. I can’t think of one week she doesn’t give a great performance, and this week she was definitely at the top of her game. I agree with Randy as I, too, think she is the “dopest”. A+

Although the top 10 contestants are all extremely talented, I found it easier to weed out the bottom 3 after Motown night. My picks would have to be Scott McIntyre, Megan Joy and Michael Sarver. Do you girls agree? If not, who do you think should be in the bottom 3? Tell us your predictions! 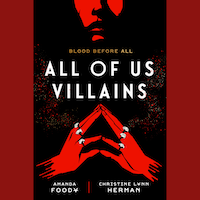