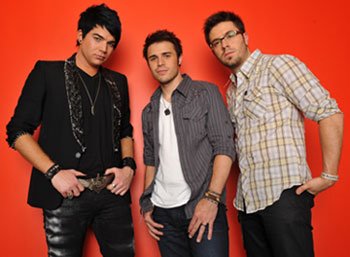 The season is coming to an end and the three remaining guys have totally stolen America’s hearts. This is the first season of Idol that I can honestly say the title can go to any one in this talented trio. This week the boys performed two songs: one chosen by the judges and the other selected themselves. It was super exciting to see just what each contestant had in store! 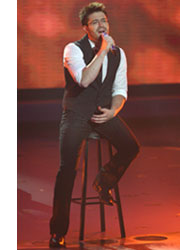 Round one: Danny started off the night with a pick by Paula. He performed “Dance Little Sister,” and he really got the crowd pumped up. Danny was energetic and his strong vocals shined through the lively song. Randy said that the performance was dope, while Kara and Simon could have done without the dancing. Dance moves or no dance moves, Danny did a super job! A-

Round two: Danny Gokey sang “You are so Beautiful.” Danny’s performance went along with its title, it was def so beautiful. It was heartfelt and passionate. I loved the way he made such a classic song, a totally current twist. Kara thought that the performance was stunning and Simon added that it was a vocal master class! A- 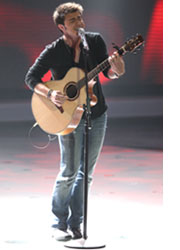 Round one: Kris Allen was up singing Randy and Kara’s pick “Apologize” by One Republic. Kris played the piano and def did the song justice. He was consistently strong throughout the performance and the ending was super smooth. I do agree with Kara that it was a confident performance, but he could have made it more of his own. Simon on the other hand thought it was unfair of Kara to criticize being that she chose the song. All in all, Kris is def a strong contender in this competition. B+

Round two: Kris Allen sang “Heartless” by Kanye West. This was absolutely one of my fave performances of the season. Kris’s acoustic take was utterly brilliant and I could totally see this version on the radio. Randy thought that it was better than the original and Kara said that he was bold, brave and fearless. A+ 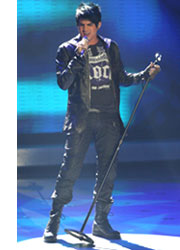 Round one: Adam sang Simon’s selection “One” with the permission of U2. He started out with a slow and smooth tone and quickly moved to a more upbeat pace. He added in his unique screams in all the right places and the arrangement sounded awesome! I agree with Randy that Adam is and always will be in the zone. Paula added that Adam’s performance was superb with a brilliant song choice by Simon. Simon’s ego was obvi at an all time high. Go Adam! A

Round two: Adam Lambert closed the show with Aerosmith’s “Cryin.” He gave a hardcore rock star performance that left the audience and judges in awe. He was over the top as always and his vocals were flawless. The judges think that he is one of the best ever to hit the Idol stage and he will def be sailing through to the finals. A+
It’s totally tough to say who should go, but I do believe it is between Danny and Kris. I would personally like to see Kris in the finals, but the three are extremely deserving of the spot. Who do you girlies think should make it to the top two? Let us know!