American Idol Recap: Who's Movin' On? 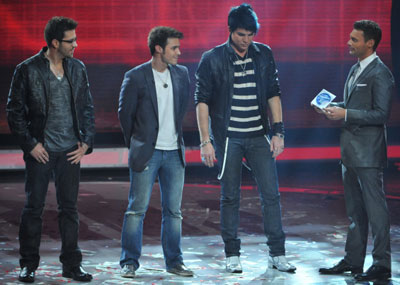 The Night at the Museum cast opened the show as America waited to hear the long awaited results. Ryan Seacrest announced that there were only a million votes that separated the top two. Sort of shocking! You’d think Adam was way out on a league of his own. The competition is closer than I thought. 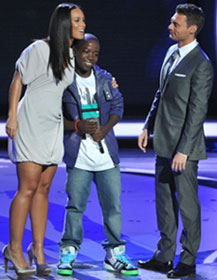 After an awesome appearance by Alicia Keys and an inspirational performance by Noah singing “I’m the World’s Greatest,” it was time to visit the idol’s hometown.

We followed Danny Gokey back to Milwaukee, Kris Allen back to Arkansas and Adam back to San Diego. While it was def a surreal experience for the contestants, I even got goose bumps reminiscing over their incredible American Idol journeys.

Jordan Sparks, former American Idol winner, performed her song “Battlefield,” as the three boys waited to hear their fate. Next was Katy Perry singing the energetic single “Waking up in Vegas.” I could hardly concentrate on the talent, as I was focused on the top two the entire time. 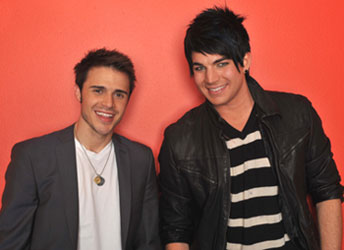 It was finally time for Ryan to announce who would be returning next week. I sat still without moving a muscle. The moment was totally intense and then Ryan muttered the first name—KRIS ALLEN. Yay! I was elated! The contestant who would join Kris next week? Obvi it was Adam Lambert!

I’m sad to see Danny go, but thrilled for the top two. What did you girlies think of the results? Tell us your thoughts!