The Hills Recap: Youre Fired! 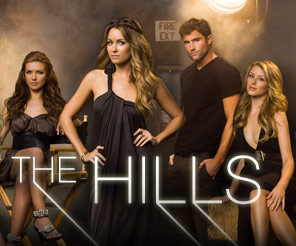 After last week’s cliffhanger with Lauren and Stephanie, we had a lot to come back to on this episode of The Hills. Plus, we got to meet Heidi’s dad, and get into a little Spiedi engagement action…for, like, the third time.

While Spence is relaxing at home, Heidi lets him know that her gun slinging, Wild West dad is coming to town. Uh oh! He asks her if she has any tips. “Yeah…be nice,” she says. “He’s a real deal cowboy.” Can’t wait for that run in.

Later, Audrina chats up a friend on the way to a new band showcase. Apparently Steph has history with one of the band members, Shaun. At the video shoot Steph shows up. She and Shaun share quiet hellos and plan on getting together that weekend. 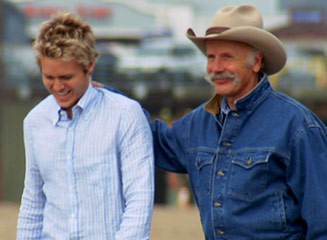 At a Hollywood restaurant, Spiedi welcome Heidi’s dad and she’s right, he is the real deal—mustache, cowboy hat and totally countrified wardrobe. Like a true straight shooter, Heidi’s dad actually stands behind Spencer’s decision to fight any guys that get in the way of their relationship! “There comes a time when you have to take care of your family. It’s the code of the West.” Oh boy.

LC and Brody start the Stephanie talk. Lauren still hasn’t fired her and doesn’t know what to do! Brody is sure that it’s going to ruin the friendship and tells Lauren to just suck it up and get it over with. She agrees to do it in the morning.

Somewhere across town, Audrina and Steph are out with the band boys. Talk turns to dating and both Steph and the guy she kissed last time are dating people. “Zip your mouth up,” she tells him. “You’re kind of a flirt!” They giggle on the way out, but can’t believe the major band flirt has a GF.

In the sunny light of the morning, we meet up with Spencer and Heidi’s dad. Dad tells Spencer that he needs Darlene (Heidi’s mom) to approve of him. These two are actually getting along much better than anticipated. 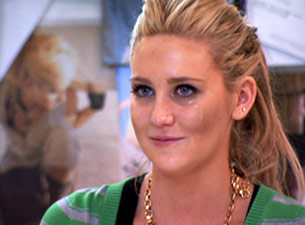 At People’s Revolution, trouble is brewing. Lauren is ready to drop the big bomb. In front of the entire staff, Lauren lets Stephanie know that she can’t stay at PR. The tears start flowing and Steph grabs her stuff to leave.


Stephanie finds refuge from her bad day by having lunch with Heidi, while Lauren is having the same convo with Lo. Lo wants to know if the two ladies will be okay, and LC doesn’t know. Something tells me this is going take awhile to fix. 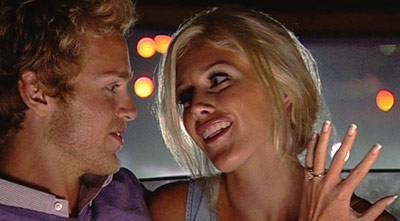 Joining the happy couple at a Hollywood carnival, Heidi and Spencer board a Ferris wheel. Spencer signals to stop the ride once they’re at the top and turns to Heidi. Even though she tells him they still need a lot of work, Spencer thinks they are ready for marriage…for real, this time. He pulls out a huge diamond ring and asks Heidi to marry him. She’s thrilled, they hug, gag!

Are you hopeful for Speidi’s wedding? Do you think Spencer will make good on his promise to apologize to Darlene and Lauren? What about Lauren and Stephs friendship? Have you ever had this problem with a BFF?