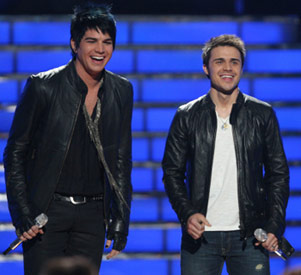 
Round one began with Adam Lambert singing “Mad World.” Once again, it was a dark and dramatic performance filled with energy and of course excellent vocals. While Simon thought that it was a bit overly theatrical, Randy gave Adam an A+ in his grade book. Kara was happy that Adam chose the song to perform again and I enjoyed it as well! A- 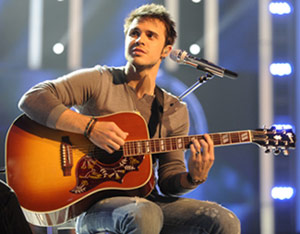 Kris Allen went next singing “Ain’t No Sunshine.” I thought his performance was absolutely amazing and his voice sounded flawless. Randy agreed, and said it was one of Kris’s best. Paula loved how he “Allenized” the song. Simon announced that Kris had won round one in his mind and I totally agree! A+ 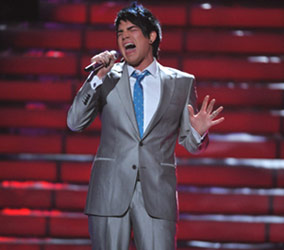 Next was Adam singing Simon’s pick, “Change is Gonna Come.” The performance was filled with passion and emotion. Adam’s vocals sounded impeccable and his screams were super sensational. Paula thought that it was the best she had ever heard Adam sing and said that he was going to be iconic. A+


Kris went second singing another Simon selection: “What’s Going On.” Kris gave the song an original twist, but it wasn’t as great as his first. Randy thought that the performance was a little light for this stage in the competition and Simon agreed that it was too laidback. Nevertheless, I am still a huge Kris fan. B+ 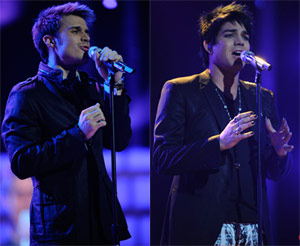 Adam Lambert began round three singing “No Boundaries,” a song co written by Kara. I wasn’t too crazy about the song and felt that it wasn’t a great match for Adam’s over the top voice. Randy thought that it was pitchy in spots, but Paula announced that she will be a Lambert fan forever. B


Kris went next singing the same song, and I thought he did a much better job. His vocals were a great fit for the rhythm and his connection to the lyrics was super clear. Randy agreed that the song fit his voice better and Kara added that Kris is a compelling artist. A


Adam and Kris are def two super strong competitors. They have proven that they have what it takes to be here and I am ecstatic for both of them. I can honestly say that I would be happy and proud of whoever wins. What do you girlies think? Let us know!