Only six couples are left before the top ten dancers are revealed! Each couple performed two different routines and left it all on the table for America to decide! Choreographer Tyce Diorio joined Mary and Nigel on the judging panel as the most competitive night of this season kicked off! 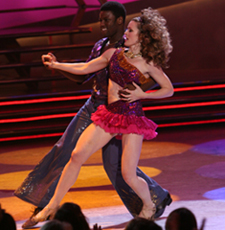 First up was fan favorites Ade and Melissa with a fever hot disco routine! The couple looked challenged in practice trying to get the “disco swag,” but nailed it come show time. Even with a little fall from Melissa at the end, the couple wowed the judges getting an “Amen” to the disco gods by Mary…twice! Tyce thought it was “freaking great” and so did Nigel! 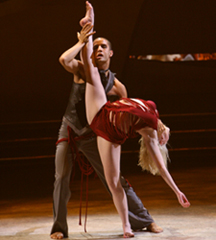 Next was Kayla and Kupono with a Mia Michaels contemporary piece. It proved to be very emotional for Kupono who had to play the role of a drug and Kayla, the addict. The dance was so moving and powerful that it almost brought tears to Michaels’ eyes. Mary left them on the hot tamale train with ease and everyone was wowed – audience and judges alike! 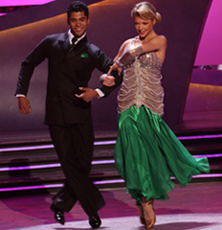 Caitlin and Jason with an elegant foxtrot were third. The coy and cute Caitlin danced with marvelous charm. Nigel said she made everything look easy. Jason was just as suave as he stepped in time to the music. Tyce summed it up by saying “they both look like stars.” 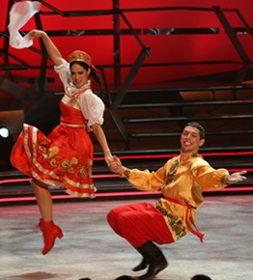 Couple, Phillip and Jeanine, were next with a complicated Russian folk dance that started off slow and picked up in drastic measures towards the end!  Nigel thought it was “too folky” but complimented the dancers in their technique. 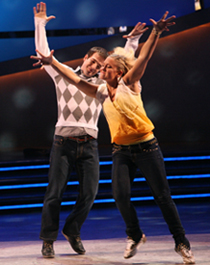 Randi and Evan take on a hip-hop routine where Randi had to play a pregnant woman! First the butt now the belly! The couple surprised the judges and Nigel placed them as one of his favorite couples of the season! But collectively the judges still want to see more from Evan. 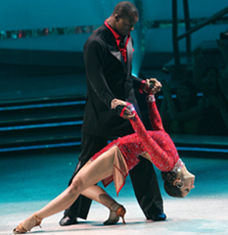 The last couple was Brandon and Janette with an authentic Argentine tango, which was right up Janette’s ally with her sexy salsa style! Janette did nothing less but be absolutely stunning with her incredible on point footwork!  Nigel stood up and gave his first standing ovation EVER, prompting all the judges to stand up as well! He said it was “closest thing he has seen to perfection on the SYTYCD stage ever!”


After the first round was over, Cat Deeley informed the audience that next week the dancers would be paired up with different partners! 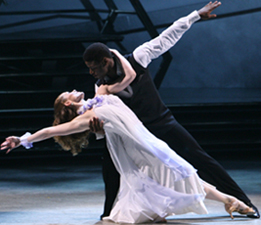 Melissa and Ade let their emotions show with a final waltz! The judges thought it was beautiful but actually wanted a little more from Ade for once. Nonetheless, it was hard to keep your eyes off of Melissa whose ballerina savvy helped her tremendously as she moved with perfect grace and ease. 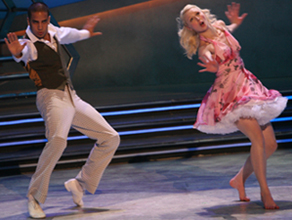 Kayla and Kupono, one of the newer couples, were given a Broadway routine as their last dance and really needed to get into character to nail it. Unfortunately, Nigel didn’t see it and neither did any of the other judges. But Mary thinks the dancers are still a force to be reckoned with. Tyce also thinks they will be around for a while. 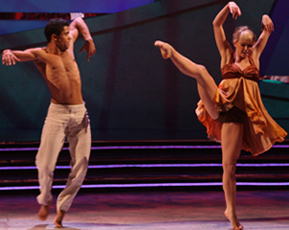 Jason and Caitlin were bittersweet about their partnership as it was clear the two really had connected during their time together. They performed a breath-taking contemporary piece, which so happens to be the style of both dancers. However, Nigel thought it was technically done well but they lacked chemistry. Mary also didn’t think it was magical, but complimented the dancers on their “really good” dancing skills. 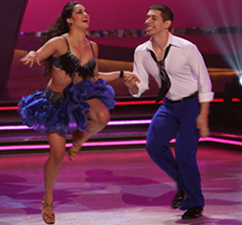 Phillip and Jeanine said goodbye to each other with an upbeat jive. The couples quirky dynamic will surely be missed! Nigel complimented Phillip saying it was the best he’s ever done out of his own style, and Jeanine impressed the judges so much it left no doubt in ANY of their minds that she would be in the top ten! Mary finally put her on the train and Tyce coined her a star! 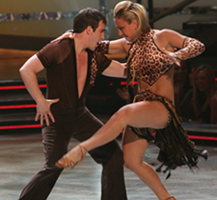 Randi fought back tears thinking of her last dance with Evan but prepared to dance a shakey samba to stay in the top ten. The Tarzan and Jane jungle theme failed to impress the judges overall. Mary gave the routine a “slow sizzle” on the hot scale and the judges were STILL looking for more from Evan. 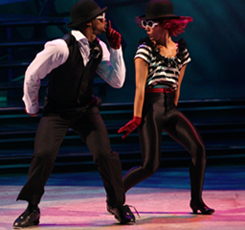 As booming couple Brandon and Janette closed the night with a sly jazz routine, we learned just how much the two helped each other out during their time together. The two acted as cartoon-like thieves in their spectacle of a dance and showed everyone just how brilliant they are. Mary summed it up when she said “they saved the best for last” and they sure did. This couple definitely delivers!


It’s so sad to see the couples break up, but who won’t even make the cut? Who’s in the top ten and who’s out?! Be sure to catch the result show, Thursday at 9 PM to find out!

Blog it out…who knocked your socks off and who you could do without!
PHOTO CR: FOX