So You Think You Can Dance Season Five Finale! 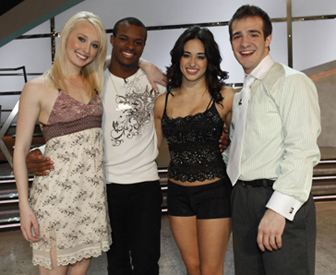 With an enormous crowd raring to go, all eyes were on the final four—Brandon, Jeanine, Evan and Kayla—to see who would land the title of America’s favorite dancer!
Adam Shankman, the very first guest judge on the panel this season, returned to give his input alongside Mary and Nigel.

The first dance of the night was a group routine about two cheerleaders (Jeanine and Kayla) and two football players (Brandon and Evan). And it definitely put the crowd in a cheerful spirit! 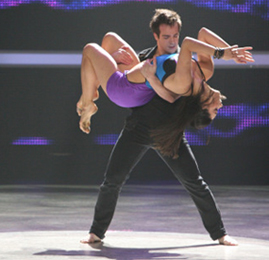 Next was time Jeanine and Evan paired up to do a jazz routine with the infamous choreographer Sonya Tayek. Sonya has given SYTYCD many fabulous routines and this one was about a guy in love with a woman who just wasn’t that interested anymore! The judges agreed that Jeanine was definitely the standout in the dance, however, Evan stepped up his game and Adam spilled that he never expected to see him in the final four!


Each contestant also danced a solo throughout the night and first was Brandon. His solo not only “wiped out the opposition” as Nigel said, but proved he was born to dance! He told Cat that his previous partner Janette, who was kicked off a couple weeks ago, really helped him grow throughout the season! 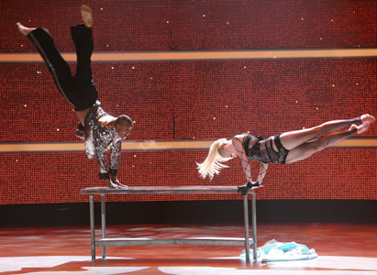 Then Brandon paired up with Kayla for one last Broadway routine with Tyce Diorio. The routine was to the song “Bye Bye Love” from the play All That Jazz and had Adam jumping for joy! Mary also thought the dance was terrific, and Nigel thought they proved why they were in the top four!


In the hot seat, Jeanine revisited her traumatic experience with the Russian folk dance. And we learned that the big smooch at the end of the unbelievable contemporary routine she performed with Jason from a previous episode was completely UNPLANNED! Hmm…could Jeanine and Jason have had a SYTYCD romance? Her solo, however, “KILLED IT” as Adam said and completely stunned everyone in the audience with her incredible technique and control. 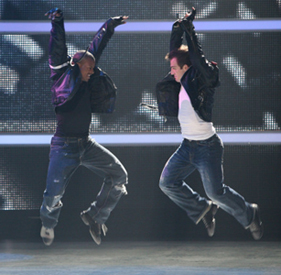 Brandon and Evan then paired up to battle it out, literally in a routine to Janet Jackson’s song “Nasty.” The judges all agreed that Brandon had won the battle since Evan was just too nice of a guy to really picture as a nasty character. 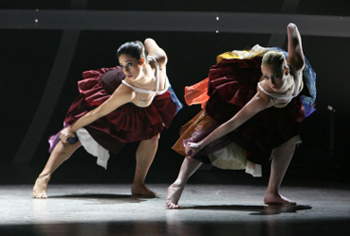 Then the girls dazzled the stage with an Mia Michaels contemporary piece. Mary thought the dance did wonders to showcase the strongest two women the show has ever been left with in the finale, and Nigel thought the routine wasn’t long enough! He wanted more from these two fantastic females and so did America!


Evan reminisced about the heartbreak he felt when his SYTYCD journey ended with brother Brian, who we already know has made it to Vegas for Season Six (coming this Fall)! His solo was a cheeky rendition of his original audition piece, but Nigel still wasn’t convinced he grew enough throughout the series to take the prize as winner! 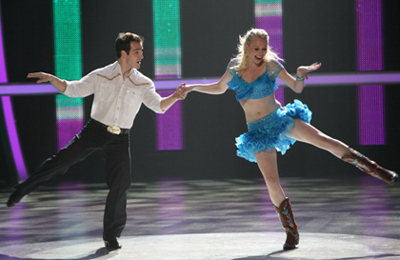 Taking it back-to-back, Evan took the stage with Kayla to try his hand at a country western jive! In practice it seemed like miss-never-takes-a-wrong-step Kayla was having trouble with some basic steps. But by the end, Mary thought that she stole the show! Adam thought the routine just wasn’t finale worthy while Nigel disagreed saying “they came out guns blazing!” He also complimented Kayla on her budding personality, and at the end the audience began an Evan chant that nearly brought him to tears!


Kayla then hit the floor after discussing her SYTYCD “White Lightening” nickname with Cat and her favorite dance of the season—drug addiction with Mia Michaels! While all judges believe Kayla is a fantastic dancer and deserves to be fighting for the crown, it was no question that her solo was only sub-par next to Jeanine’s! 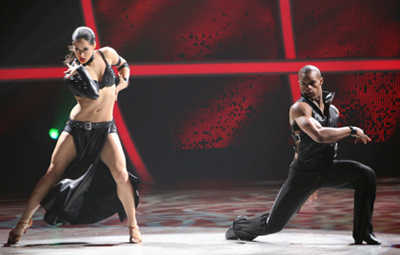 For the last dance of the night Brandon and Jeanine paired together one last time for a very intense Paso Doble! The routine evoked a standing ovation from judge and audience members alike! Mary gave her last screaming “WAHOO” of the season and Nigel had no problem hiding that these two are at the front for him!

However, it’s in America’s hands so make sure to tune in tonight for the two hour results finale to see who will be crowned America’s next favorite dancer!

Blog it out…who you think should take the crown? Has Jeanine peaked at the right time? Did Kayla show her personality too little too late? Is Brandon’s super-athleticism unbeatable? Or will underdog Evan shock us all and claim the title? 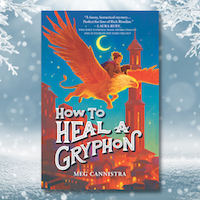