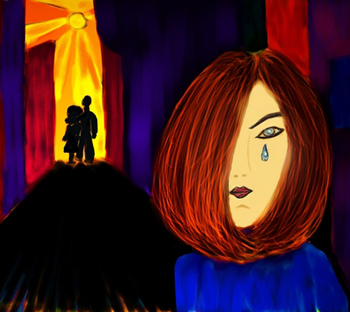 I have dated two different guys this summer and both have cheated on me! I am not sure what the problem is. Is it me or are they just like that?


I thought maybe I intimidated one of them because I was more into sports than he was and am independent and strong-willed, so I’m not sure about him.


But I made it clear to the second guy I dated that I did not want to be in a relationship with him if he was not going to be committed to me. And then he cheated.


So what do I do about this problem? IS IT ME OR THE GUYS? HELP!


Hey babe, I'm sorry you've been having bad luck on the guy front! It's never your fault when a guy cheats on you. That was his bad decision and poor judgment call on their parts and you did nothing wrong. Don't ever let someone blame you for their own mistakes!


Maybe you're just having a tough time picking out genuinely good guys. Or you might want to evaluate what your relationships were like to see how you can avoid this prob in the future. Did the guys feel forced into a relationship with you because they feared they’d lose you if they didn't say they were committed right away? It could be that you like to move things along faster than some guys want, which is fine, but relationships take patience and time. If you look back and feel like you might have rushed things, consider taking it slower to get to know each other better before you officially start dating.


Also, make sure you keep communication open with guys and continue to stand up for yourself! It's bad enough when a guy cheats on a girl, but when the girl looks the other way and lets it happen…well, then she's just as much to blame. But good for you for saying "bye" to these guys. It's their loss for losing such a great girl like you! Plus, now you won't have to waste your time on two guys aren't going to treat you how you deserve to be treated. Go out there and find some faithful fellas who will treat you like gold.

POSTED IN dealing with a breakup, cheating 411