I set my BFF up with a bad guy 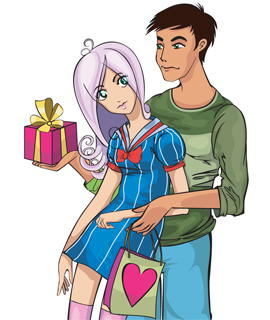 About a month ago, a friend and I set my BFF up with a guy that we both work with. I thought he was a great guy, but then he cheated on her and dumped her.


Now, I feel really bad for setting them up and putting my BFF through that. It is also REALLY awkward at work! The guy has started being really nasty to me. It took me by surprise 'cause we used to have so much fun together.

I’m really sorry to hear that you feel guilty, hurt AND confused. But you know what? There isn't a single reason for ya to feel that way. You heard me right! You shouldn’t have to feel bad for what happened and I’ll let you know why. Plus, we’re gonna figure out how to clean this whole mess up.

Don't beat yourself up

You can’t feel guilty for something you didn’t have complete control over. You had good intentions when you set the them up. What happened was NOT your fault 'cause you didn’t know that the guy would go off and cheat—you didn't even think he was that kind of person. So don’t let this whole sitch bring you down.

Don't let HIM bring you down

Yeah, it's normal to feel a tad upset when someone turns out to be totally different…in a bad way. And it can hurt even more when that changes how they treat you. But again, don’t let this thing get to ya. He’s just being immature and it’s his loss that he’s being a jerk to someone as cool as you.

Be the bigger person

In your case, there's an easy way to clear the air. You just gotta be confident and ready to face the guy. The next time he pulls his mean act, make it loud and clear that you don’t appreciate it and you don’t have time or the energy for his stupid actions. If he keeps doing it after that, simply ignore him. There’s no fun in being a bully when he's not getting a reaction so eventually he'll stop.


I know you might still seem a bit overwhelmed, but just stay positive. Know that you will learn something from it and that you will become stronger. It’ll work out.

POSTED IN 411 on fighting with friends, dealing with a breakup