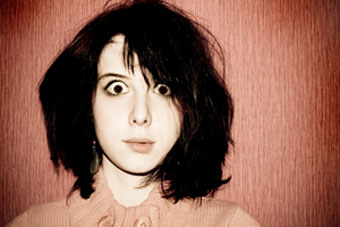 If the thought of changing your ‘do makes you tremble in your tennis shoes, take a load off, girl, and read these three stories from chicks just like you who have been there, done that, and lived to tell the tale. Take their words of caution to heart to keep your hair hot, not horrific.

Know What You Want

Kathleen L.’s haircut horror story is very much a family affair. “When I was seven, I got a very short haircut,” says Kathleen, 17. “I have an older brother, and we are often mistaken for twins. But with that particular haircut, I wasn’t mistaken for his twin—I was mistaken for him. Twice.”

After that, Kathleen swore never to cut her hair super short again, but that doesn’t stop her from taking other risks with her longer locks.

“I love playing with my hair and experimenting with lengths and color (did you know purple turns a nasty grey after a while?),” she says. But she never goes for a crazy look without getting all the deets beforehand, either.

Her tip? Before doing something drastic, scour the Internet for pictures of the exact cut you want and bring ‘em along to the salon so that everyone is on the same page.

Emily G., 16, was in eighth grade when the bang trend hit her school. Once the popular girl in her class got hers cut, she couldn’t help but follow suit.

She took her “great big mess of curly hair” to a local salon and walked out with gorge, blown-out bangs. “I felt like a movie star,” she says. “Or at least like the other pretty girls in school.  I couldn't wait for school the next day to show of my new look.”

That night after her shower, Emily combed gel into her hair and laid it out flat on her pillow. But when she woke up the next morning and got a look at herself in the mirror, she found that her hair wasn’t straight or sleek.

“It was a mess,” she recalls. “My bangs were coiled up into little curls that sat on the top of my forehead.  I looked ridiculous.”

Lesson learned? “Not every trend works for everybody,” Emily says. “I also learned the importance of working with a hairdresser who knows your type of hair and what works for it.”

Don’t do it yourself!

“I’d had the same haircut for ages,” she says. “I was starting high school and I wanted something new.”

So she grabbed a pair of scissors and began to snip. “My best friend has just cut herself some sweet swoopy side bangs, so how hard could it be, right?”

After the first round of snipping, her new blunt bangs were a wee bit lopsided. She snatched up the scissors again to even things up.

“By the time I was finished, my bangs were way short,” she says. “I looked stupid and there was nothing I could do about it. I had to wait a couple of weeks for them to grow out.”

Liz’s lesson? Leave it to the pros!