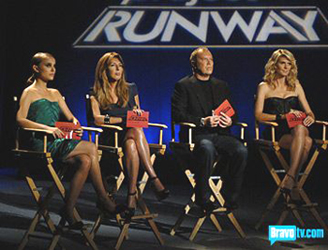 Last night’s eppy was so much fun! PR has really gone down in my ratings recently, their challenges seem so predictable and lackluster. But oh boy was there a turn around for me after the second episode this season. Did ya get a chance to tune in?

As Suede sadly tucked the corners of Jerry’s bedsheets and lamented his roomie's loss, Kelli was nearby gloating in all her glory from last week’s win. Honey definitely got a spoonful of conceit. Get over yourself girl, the show’s just begun.

Mod off. In true PR fashion, we were at the runway to see which designers were loyal and which were cutthroat competitors. I wish more people would steal other designer’s models. I know, I know, I’m evil. But HELLO, drama is so much more fun! Nevertheless, only a couple decided to steal and most remained true to their first loves. Joe’s model got the ultimate sendoff. I bet ya he felt a whole lot of crappy. Tear.

Before we could properly bid Joe’s model farewell, Heidi quickly announced the next challenge. Well that’s different. Where’s my field trip Heidi? Or shall I say, Darth-licious? This week, designers would be making cocktail dresses for their clients who just happened to be…their models. Yawn. I was just about to flip the switch and hit the hay when Tim announced that 1. The fabrics they would work with must be “green” and 2. The models themselves would have to do the shopping with absolute no direction. Now you’re talking! Volume Up!

Enter chaos. Designers completely freaked out, some even bordering manic screaming out suggestions as the door slowly closed. Models too were equally flipping as they arrived at Mood. I was so confused by the models' choices. Yes, I am not a fashion designer, and I’m sure I too would make horrible choices. But brown satin bordering on iridescent (I loathe iridescent fabrics) and wacky color schemes paired with peacock feathers. Shudder.

Back at the workshop, designers almost fainted at the horror of models' purchases. A lot of the designers, i.e. “Team Ugly Brown Fabric,” had the exact same fabrics while others had at most 2 yards to wave their magic needle. As models played the role of client, chiming in with their preferences and tastes, it loosely went well as they came to terms with the cards they’ve been dealt. That is of course minus Stella. Sistah Stella could have cared less what her model wanted and decided to go full speed ahead with her own vision. Ooo.

As the night wore on, we got a glimpse of some quirks and late night deliria. Suede started to speak in 3rd person while Stella went on a leather lovin’ rampage, spurring Blayne to poke fun at her neurotic obsession. Tension mounted as Stella overheard. Could this be the drama that Jiae awaits? I was on the edge of my seat, waiting for the fight to ensue, when Blayne and Stella decided it was all in good fun and ended the climax with a hug. Jiae deflates.

Tim makes his rounds. I don’t get Tim's role. I mean don’t get me wrong, I love him, but his ambiguous advice and even more nonsensical metaphors doesn’t really seem to help designers on their path to victory, does it? Moment of hilarity? When Tim stumbled upon Kyoto’s design and replied with a so not convincing “Ohh…” after finding out that her dress was indeed NOT inside out. After he regained composure from the awkward silence that followed, Tim gave designers a little boost for their efforts. The challenge winner would not receive immunity, but will have their winning garment manufactured and sold on bluefly.com. Cool beans.

Showtime: Runway day has arrived and designers were more frantic than ever. My personal highlight for the big event was the guest judge! Cutie-patootie, Natalie Portman. Hit it!

Suede was our challenge winner and I don’t know why, do you? Miss Portman loved the dress, even speaking up to say that she would wear it. I agreed with Michael when he loved that Suede used two different fabrics to make a new one, but what? I would never wear that dress AND if I ever saw anyone rockin’ it, I would def take notice in a not so positive manner, no? Other top contenders were Stella and Kenley. I personally think out of the three Kenley should have won. Was it the most original? No, but it was definitely chic. Stella on the other hand does not get my vote. I am not a fan of lacing.

Here’s a peak of some of my personal faves. I loved Blayne’s bright pink number (surprise!) and anything with pockets (Daniel's dress) usually wins me over. And mama's totally gaga for easy, breezy jersey! Who were some of your faves?

Two members of Team Ugly Brown Fabric, Wesley and Leanne, were in the bottom three. Nina totally reamed Wesley saying, “Shiny, tight and short is the quickest way to look cheap.” And unfortunately Leanne’s reviews weren’t all that much better, reminding NP of Peter Pan. Among them was one of last week’s tops, Kyoto. Michael was on the money when he said her dress looked like there were fins flying off the model’s bum.

In the end, it was down to Wesley and Leanne and I was SO bummed out! They were two of my absolute faves and knowing that one of them would walk the plank was unbearable. But so is life and the adorably shy Wesley was deemed the challenge loser. Double tear.

Next week, designers walk around NYC wearing ponchos? Well at least my fave field trips are back. Yippee! 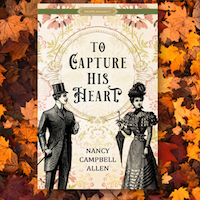