When Hollywood rolls out a red carpet, you can count on one thing: lots and lots of stunning lewks. At the 2019 Golden Globes, these amaze actresses didn't just show up—they showed up in style. From beaded gowns to velvet suits, no ensemble was off limits on this carpet.

The best part? Each of them gave of us serious prom inspo. Read on for more!

Betty Cooper who? This Riverdale queen gave us all the 💃 vibes in this volumious red gown. The actress proved that matching your makeup to your dress (which Lili did here) is very much a *yes*.

Want her look? Take this checklist with you when go prom dress shopping:
1. Fire red
2. Lots of tulle
3. No straps.
And you're good to go!

We never, ever want to let go of this stunning, icy look from this Frozen star. K Bell was nominated for her work on The Good Place and though she didn't take home any trophies, she certainly won our hearts when she complained about her heels on Instagram.

To recreate her red carpet guise, look for something iridescent white and pleated, then pile on the silver jewels (and don't forget to don a #keepitreal attitude). 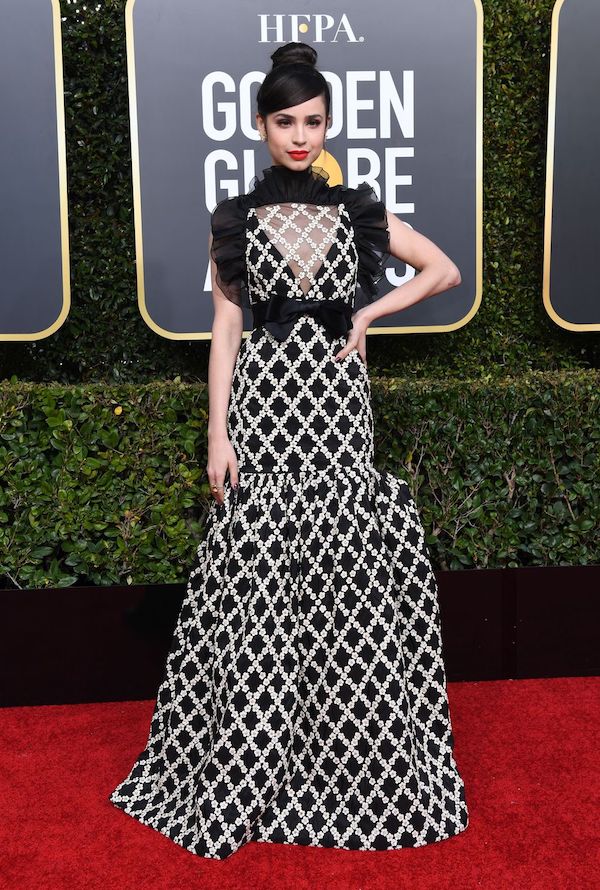 While we patiently wait for the Descendants actress to share the release date of the third installment of the series (out this summer!), we'll just be here admiring her stunning black and white gown. The flowers on it make it fit for any spring fete, and the tulle around the neckline adds a dose of drama. Need! 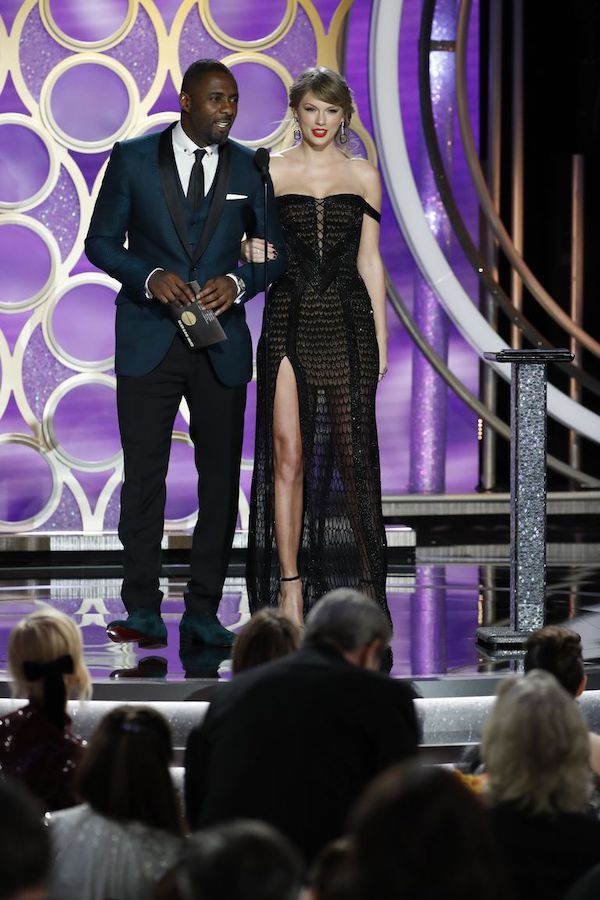 We were curious as to why the pop star didn't accompany boyf Joe Alwyn to the awards (especially since his film, The Favorite, was nominated for a top award). But then Tay surprised everyone when she strutted out on stage to present—what else?—two music awards. Her dress featured lots of texture and one v. high slit. TBH, it might even rival many of the costumes she wore on tour, as showcased in her concert film Taylor Swift reputation Stadium Tour. 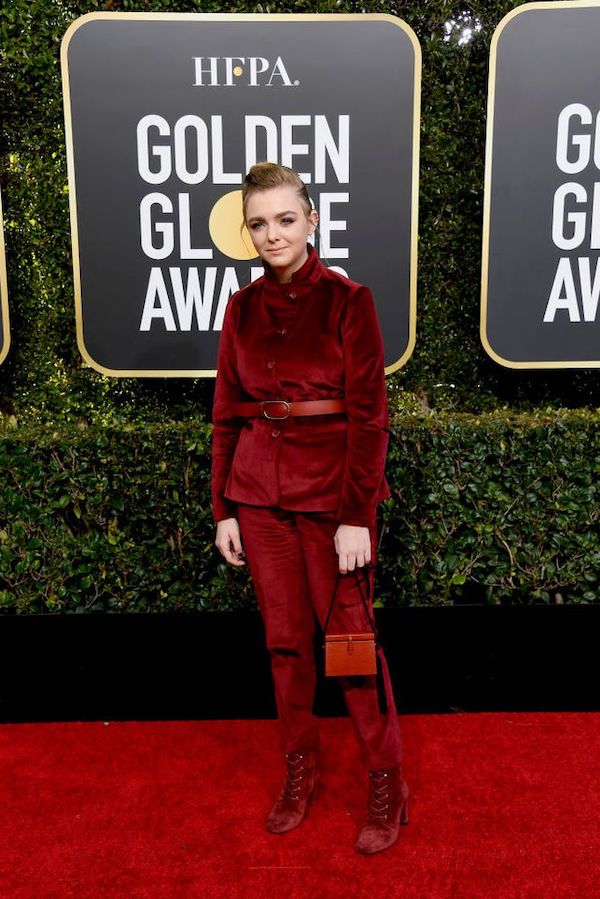 ATTN: This look is major inspo for anyone looking to rock a suit to prom. The star of Eighth Grade completely slayed in this wine-colored velvet getup. We reccommend a lighter color (think: pale pink, cream or lavender) for a spring soirée. Take a peek at her Gotham Awards look for more inspiraton! 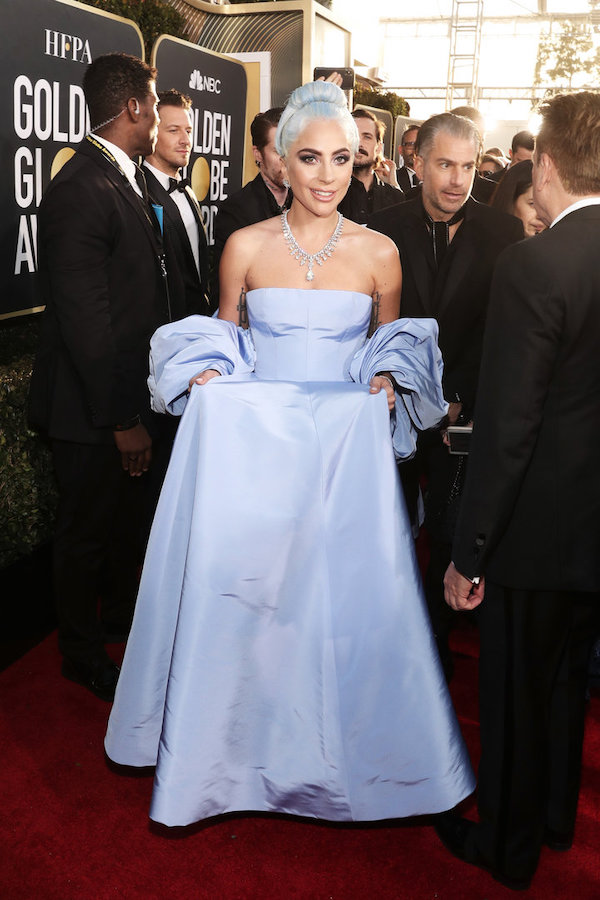 QUEEN! This singer and actress combined her talents in A Star Is Born last year, and is now seriously reaping the rewards. The film was nominated five times tonight, and Gaga took home an award for the movie's hit track, "Shallow." She looked *very* good doing it, too, in this completely Cinderella gown and bun. 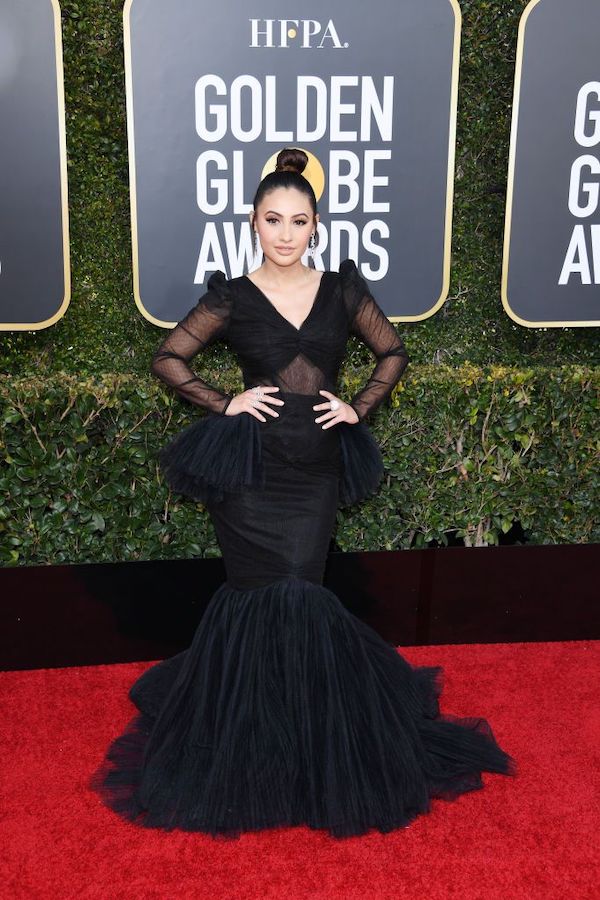 Francia—who just starred in Life Size 2 on Freeform—looked like a full-on snack in this layered black gown. If you're looking to go totally princess at prom, this is the inspo for you. Just be sure to balance it out with a sleek hairstyle, like Francia's tight topknot.

It's always sunny on the red carpet, apparently! The now two-time Golden Globe winner was nominated for her marvelous work as The Marvelous Mrs. Maisel—and she won. The best part of this party-ready look? The back. Click HERE to see it. 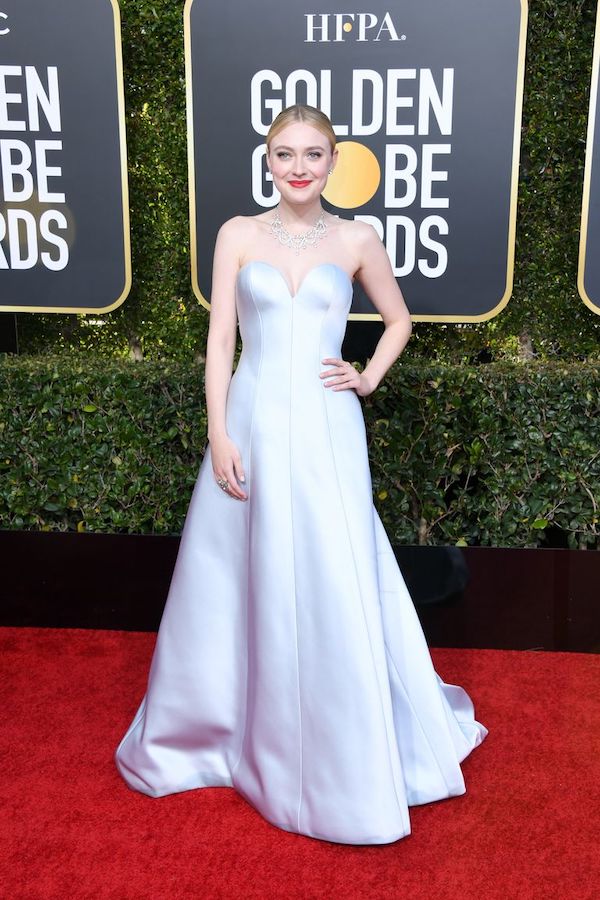 Another Cinderella-esque moment on the carpet tonight! We can never get enough, seriously. Actress Dakota donned this dreamy dress with a sweetheart neckline and it gave us serious fairytale vibes. All that's missing? White gloves and a black choker. 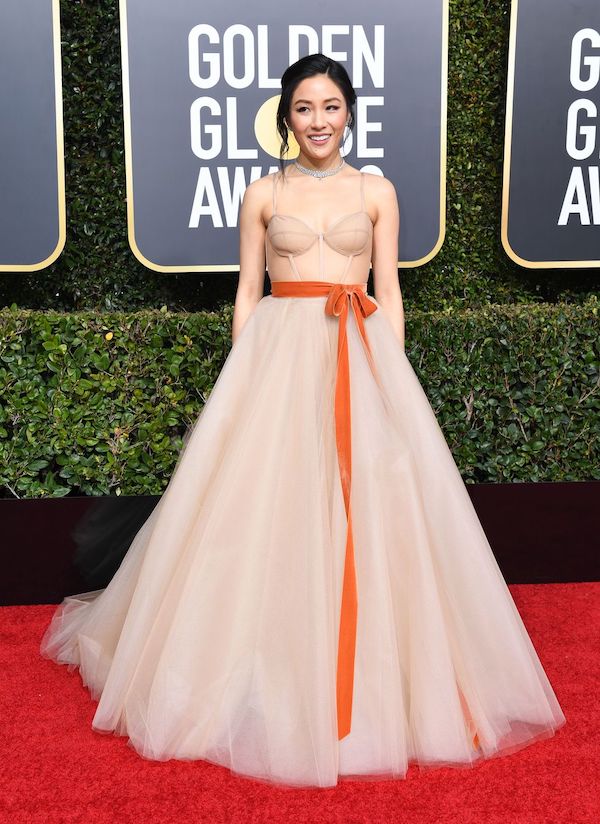 We heart the nude-colored gown the Crazy Rich Asians leading lady donned at the awards. It looked effortless thanks to the tulle and fitted bodice, and burnt orange velvet sash and bow were the perfect finishing touch. 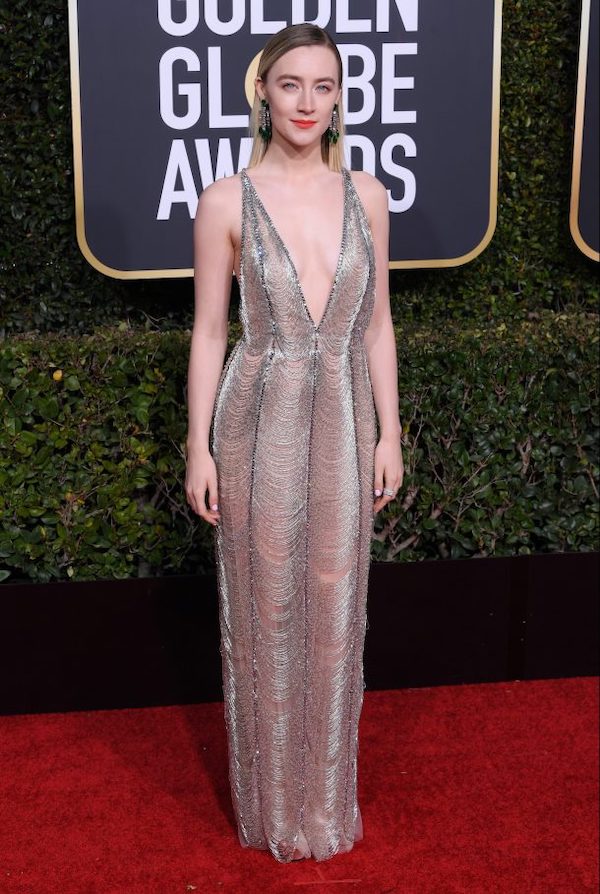 Last year at the Globes, Saoirse took home the a trophy for her performance in Lady Bird. This year, the actress gave us heart palpitations as a presenter in this stunning chandelier dress.

Want to recreate it? Keep an eye out for something gilded and silver that flows straight down. Bonus points if you find a style with a V neckline so you can go big on the earrings (but be sure to skip the necklace). 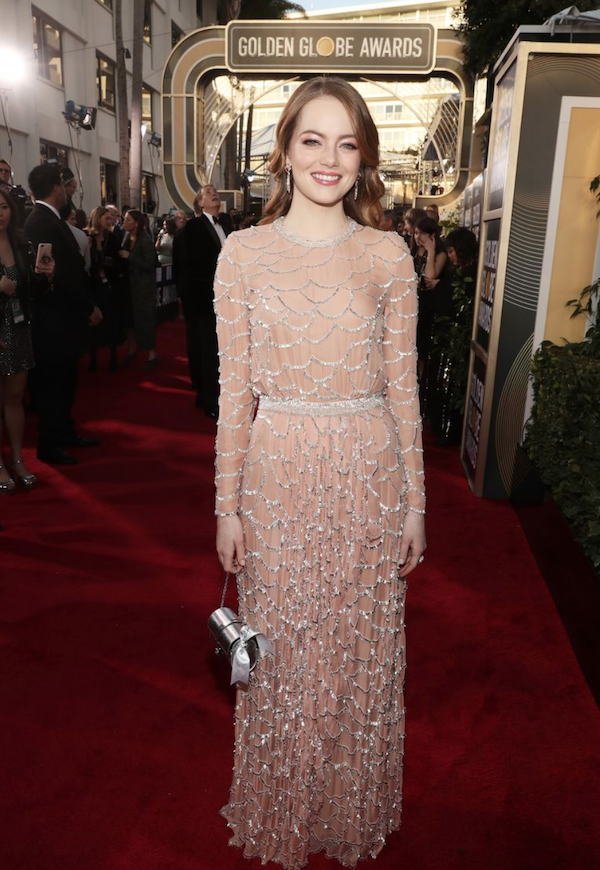 We'll see Emma next alongside Saoirse (and everyone's internet boyfriend, Timothee Chalamet) in the remake of Little Women (out this Christmas). December is a long ways away....so until then, we'll just be here admiring this beaded number, which apparently took more than 800 hours to create. The takeaway from Emma's getup? Long-sleeved dresses are totally in.

Which look is your favorite? Share in the comments!