GRAMMY noms are out! Who's your pick? 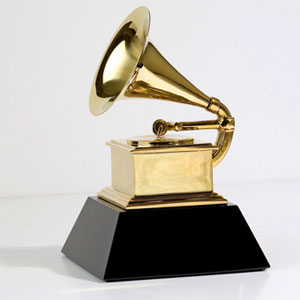 The 2011 GRAMMY nominees were announced during a special concert last night, girlies, and it’s something of a turn-around from the AMAs! With so much ah-mazing new music to belt out and shake our booties to this year, we’ve been curious to see who’d be up for the tip-top awards.

Eminem is leadin’ the way with 10 opps to win a coveted gold gramophone. Right behind him is Bruno Mars (8 noms), then Lady Gaga, Jay-Z and country crooners Lady Antebellum with six apiece.

Katy Perry’s Teenage Dream is up for Album of the Year, Justin Bieber just might snag Best New Artist and “Love the Way You Lie” featuring Rihanna is in the running for Record of the Year. Sara Bareilles, Beyonce, Norah Jones, Adam Lambert, Paramore, Train, the cast of Glee—they’re all up for somethin’. Noticeably absent, however, is “Tik-Tok” queen, Ke$ha.

The 53rd Annual GRAMMY Awards will be held on Feb. 13, 2011, but why wait for the big day when you could choose your own winners right now?

We wanna hear YOUR picks for the top music awards in the country! Tell us: Who and what would you choose for song of the year, album of the year and best new artist?