Spotted—under the mistletoe? ’Tis the season for extra-special kisses. So we just HAD to ask our favorite stars who they wouldn’t mind locking lips with RIGHT NOW.

Megan Park (The Secret Life of the American Teenager)

“[Definitely] James Franco. I love how he has a sense of humor about himself but he's super successful and incredibly educated. He's not too hard to look at either.” 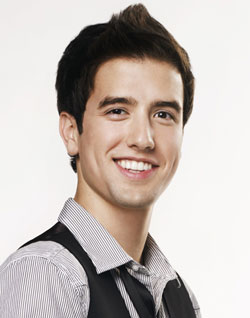 “I wouldn't mind getting cozy with Emma Watson. She's classy and seems like a lot of fun.”

“[I wouldn’t mind] Selena Gomez. She’s very sweet and down to earth.” 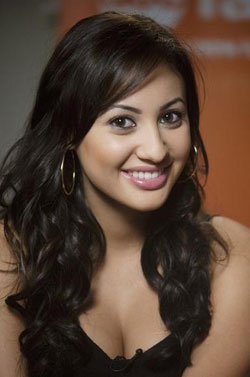 Francia Raisa (The Secret Life of the American Teenager)

“Since I’m a sucker for an attractive guy who can sing, I'm going to have to go with Tyrese Gibson and Trey Songz! Tyrese has been my man since the movie Baby Boy—he just doesn't know it yet. And there is something about Trey that draws me to him. His songs leave just enough for the imagination, which [can] drive a girl insane.”

“There are many beautiful women in this industry but the one on my mind at the moment Dianna Agron. I have yet to meet her even though Glee films on my same lot, but she is gorgeous. I would not mind a kiss from her.”

Which star would you like to kiss under the mistletoe? Blog about it, babes.