Shake It Up's Zendaya has a brand new music video! 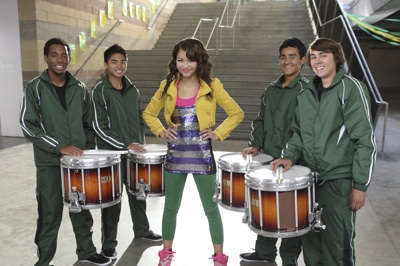 The flick follows the adventures of spirited newcomer Chloe as she, along with our girl Tinker Bell, the fairies and sparrow men of Pixie Hollow, gather for a tournament-style sporting event, also known as the Pixie Hollow Games. While voicing the role of a fairy alongside many other Disney regulars like Brenda Song, Jason Dolley and Tiffany Thornton, Zendaya also wrote the theme song for the flick.

We recently chatted with Zendaya about her newest song, “Dig Down Deeper,” and asked her what she thought about the new single. Here’s what she had to say: “It’s a song about digging down deeper within yourself and kind of finding that strength to overcome any obstacles you’re dealing with.”

Sounds like a motivating song to us! Be sure to tune in tonight to check out Zendaya’s never-before-seen music vid. Then come back and let us know your thoughts.

Are you a Shake It Up fan? Blog about it, babes.