Breaking HG news: Suzanne Collins saw the movie early (and you can, too!) 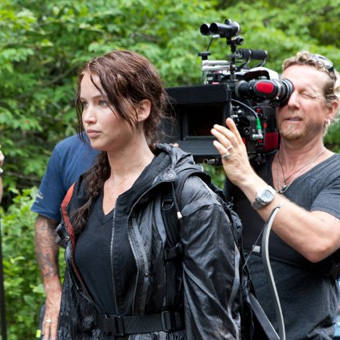 With just a few more weeks remaining before The Hunger Games storms into theaters, we’re jumping on every tidbit of behind-the-scenes gossip we can get our hands on. But this is no tidbit, girlies! This is huge. According to THG’s FB page, author Suzanne Collins has seen the movie. And here’s what she has to say about it…

I’ve just had the opportunity to see the finished film of The Hunger Games. I’m really happy with how it turned out. I feel like the book and the film are individual yet complementary pieces that enhance one another. The film opens up the world beyond Katniss’ point of view, allowing the audience access to the happenings of places... like the Hunger Games control room and President Snow’s rose garden, thereby adding a new dimension to the story.

Director Gary Ross has created an adaptation that is faithful in both narrative and theme, but he’s also brought a rich and powerful vision of Panem, its brutality and excesses, to the film as well. His world building’s fantastic, whether it be the Seam or the Capitol. It’s amazing to see things that are suggested in the book fully developed and so brilliantly realized through the artistry of the designers.

And, my God, the actors. The cast, led by the extraordinary Jennifer Lawrence, is absolutely wonderful across the board. It’s such a pleasure to see how they’ve embodied the characters and brought them to life.

So I’d like to sincerely thank all the many people who devoted their time and talents to the film, especially producers Nina Jacobson and Jon Kilik, and the excellent teams at Color Force, Larger Than Life, and Lionsgate.

I hope you enjoy the film!

Wanna score some insider access to The Hunger Games, just like Suzanne Collins? Duh! Of course you do!

Take yourself to Twitter, babes, and tweet your hearts out! Lionsgate and NOOK by Barnes & Noble will host 24 advance screenings in cities across the U.S. To get a screening in YOUR city—and the opportunity to score free passes—CLICK HERE and start tweeting your city’s unique hashtag. 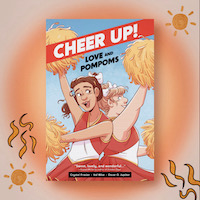