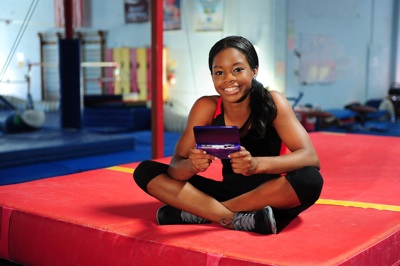 The Olympics have been over for quite some time, but we’re happy that the Fierce Five are still keeping busy! We caught up with gold medalist Gabby Douglas right before she visited the Nintendo World Store in New York City this week to talk all things Nintendo. And as one of the new spokespeople for the gaming company’s new “Play As You Are” campaign (which is launching tomorrow, Oct. 1), she had quite a lot to say!

Gabby will be representing the campaign alongside Modern Family’s Sarah Hyland and Glee’s Dianna Agron, with each girl showing off a new Nintendo game. “The 3DS is so much fun!,” Gabby tells us of her favorite Nintendo console. “It’s portable…and you can play with your siblings.”

So when it comes to gaming, does Gabby take on that same champ mindset we see her rocking in the gym? “I’m super competitive at it. I [always] want to win,” she laughs. “I say there’s nothing wrong with that! But the important part is that you just have fun.”

And she means having fun with all of them. Taking gold to an entirely new level representing the new Super Mario Bros. 2 game (which just launched Aug. 19), Gabby admits she would like any Nintendo game for Christmas this year. But she also wants girls out there to know that the Nintendo 3DS is for every chica—gamer girl or not! “I am trying to get across that you don’t have to be a gamer to like the 3DS,” Gabby tells us of her role with the “Play As You Are” campaign. And she’s right! You can connect with friends in clever ways using the 3D camera, or even stream hours of your fave TV shows and movies.

OK, but circling back to the awesome Super Mario Bros. 2 for a sec: We had one last question for the longtime Mario fan when we chatted with her, and it was very important that we got an answer. We were just dying to know, if the Olympian could swap lives with one Super Mario Bros. character for a day, who would it be? “Yoshi,” she excitedly tells us, “because he is just so cute!”

What’s your fave Nintendo 3DS game? Do you get as competitive as Gabby when you play? Blog about it, babes.
SCHOOL HOUSE ROCK | Be too cool for school
+ Plug in to our perfect BTS playlist
+ Which celeb is your back-to-school style icon? Take the quiz!

WIN IT | Want a $500 gift card to Claire’s? Yeah, we thought so. Enter here!
GET CONNECTED | Want more from GL? Get it on the daily on Facebook, Twitter, Pinterest and Tumblr. 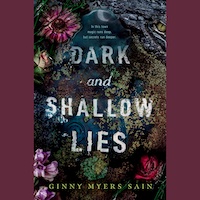